Barbra Streisand wowed the crowds at the O2 Arena, though not everyone enjoyed the family theme. 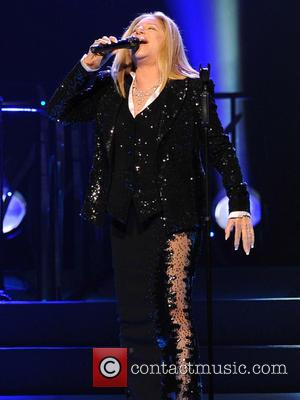 Barbra Streisand's Saturday gig at the 02 Arena in London was a family affair as the singer-songwriter and actress was joined by her sister Roslyn "Rozzie" Kind and 46 year-old son, Jason Gould, who both contributed vocals.

Taking to the gigantic stage in a shimmering, black sequinned trouser-suit, 71 year-old Streisand revealed that the arena concert was only her 93rd ever in a career spanning 50 years and 50 albums since 1963: the very definition of a 'golden' oldie.

Twice-married Streisand treated her fans to photo montages of her life rising out of poverty-stricken Brooklyn in a scrapbook-style accompaniment to the music: a sumptuous 60 piece orchestra conducted by film score favourite Bill Ross, credited for music in Forrest Gump and Die Hard 2.

Writing for The Independent, Paul Taylor expresses his delight at Streisand's performance, describing her powerful voice as "goosebump-inducing" and "liquid loveliness"

However, the choice to mix her stellar career with family-life didn't sit well with The Telegraph's critic, Helen Brown, who questioned the star's decision to appear alongside family members who don't share her critical acclaim, describing son Jason's performance as "sleazy" and "tedious" with "too little" input from Barbra herself. Defending herself in a press conference, Streisand declared she loves performing with her sister and son of first husband (Elliot Gould): "it's a delight for me to have my family along. my very gifted son, Jason, and my sister, Rozzie."

The versatile performer, known for hits 'Women in Love' and 'The Way We Were', has also appeared extensively on screen with starring film and television roles since the 60s, with two Oscars, eight Grammys and five Emmys. She has the most top ten albums of any female recording artist, according to the Recording Industry Association of America (RIAA).

Despite top tickets selling for an incredible £500, the notable philanthropist still urged fans to support her family by buying her son's album and a charity T-Shirt.

A second night has been added at the O2 tonight (June 3rd), after high demand for tickets. Barbra Streisand At The O2 Arena On Saturday Barbra Streisand Rolled Back The Years At The O2 Arena Barbra Streisand Brought Her Family On-Stage At The O2 Arena