The Lammily doll promises to show the world 'Average is Beautiful' and features an add-on marks set including stretch marks, mosquito bites and cellulite.

The world is set to welcome a new toy for children, the 'normal' Barbie and she's pretty fabulous!

Happy birthday! The Lammily line of dolls was born on March 6, 2014. http://t.co/IYSamqJIp0

The 'normal' Barbie A.K.A. the Lammily is the creation of artist Nickolay Lamm who came up with the concept after considering the pressures we are all under to achieve an ideal body type. The Lammily has the measurements of an average 19-year-old American woman meaning she's considerably shorter and a few pounds heavier than her Barbie counterpart. But, most importantly, she could actually exist in reality. Unlike Barbie who, as MTV reports, would be unable to walk upright.

Lamm, in an article published on his website, explains how he wants to promote the idea of "Average is Beautiful" and wants to expand the line of dolls to include "different ethnicities and different healthy body shapes." Celebrities may even face the Lammily makeover as Lamm hopes he make some "special edition dolls based on inspirational role models: sports stars, actors, leaders."

The doll comes with a range of accessories including stick on spots, stretch marks and cellulite. As MTV reports, there's also the option to make the doll blush, have freckles and even have mosquito bites. In fact all the things you're likely to encounter on an average female body at one time or another.

Lammily is already proving popular with children, critics and investors alike. Lamm crowd sourced his project and initially wanted to raise $95,000. The concept has proved so popular he has now raised more than $501,000 and received 22,000 orders. The Lammily is available to order online for the price of $25 and the add on 'marks' pack (which includes the tattoos, stretch marks and spots) is an additional $5.99, according to USA Today. 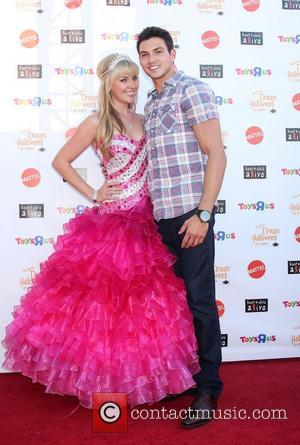