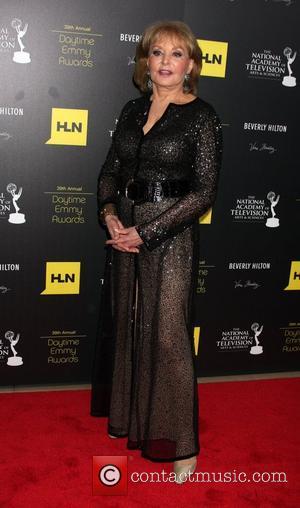 Veteran broadcaster Barbara Walters remembered her long-time pal Nora Ephron at a New York City event honouring the writer a day after her death on Tuesday (26Jun12).
The Sleepless in Seattle director was one of 12 women due to be feted on Wednesday (27Jun12) at the Manhattan lunch gathering for the Makers, a documentary series saluting the "women who make America".
But the event turned into a tribute to Ephron as guests including feminist icon Gloria Steinem and fashion designer Diane von Furstenberg watched a touching interview with the filmmaker before Walters stepped up to the podium to praise her.
She told the crowd, "We'd known that Nora was ill, we didn't know that she was dying," adding that she and Ephron had met regularly over 12 years with other high-powered members of 'lunching ladies' group The Harpies.
Walters recalled, "We would discuss facelifts, other people's. We just met with Nora, and she looked great."
Chatting to The Wall Street Journal after the event, Walters added, "We were so shocked because many of us have known that she was ill, but not that ill. To die at 71 is just tragic anyway but for someone like Nora, who's so witty and funny and romantic and scathing, and who can produce and direct and write - it's just an enormous loss on a personal level."
Ephron died after a battle with acute myeloid leukaemia, and her funeral is reportedly set to take place on Thursday (28Jun12). Her son, Jacob Bernstein, has told the Associated Press the family is planning to hold a memorial service for the beloved moviemaker on 9 July (12).