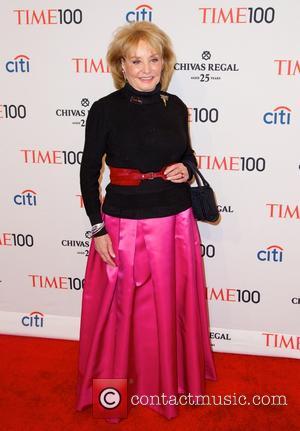 Picture: Barbara Walters - =TIME celebrates its TIME 100 issue of the 100 most influential people in the world gala at Frederick P. Rose Hall in...

Veteran U.S. newswoman Barbara Walters is set to donate her personal archives from her career to her alma mater following her retirement from daytime Tv.

The 84 year old's final episode as co-host of U.S. talk show The View aired earlier this month (16May14), and on Friday (23May14), she returned to Bronxville, New York to give a speech during Sarah Lawrence College's commencement ceremony.

During the speech, Walters recalled her impressive career and also announced that she will be giving her papers, photographs, and other mementos from her days as a television journalist to the school which helped give her the skills necessary to become a successful reporter.

According to local newspaper the Journal News, she recounted an interview with Russian President Vladimir Putin, a former Kgb operative, in which she asked him if he had ever killed anyone.

"He said, 'No, that was not my department'. So later, several people said, 'Where did you get the nerve to ask a question like that?' And I said, 'It's easy. I went to a college where I was not afraid to ask questions.' And this is that college. That is my contribution to world peace."

Long considered a pioneer for women on television, Walters graduated from Sarah Lawrence in 1951 with a degree in English.