The legendary television journalist will return to ABC to interview the most notable people in entertainment and pop culture from the last year in her annual two-hour special.

ABC has announced that Barbara Walters' '10 Most Fascinating People' special will air for one more year, which may come as a surprise due to the network initially planning for last year's instalment to be the final one. 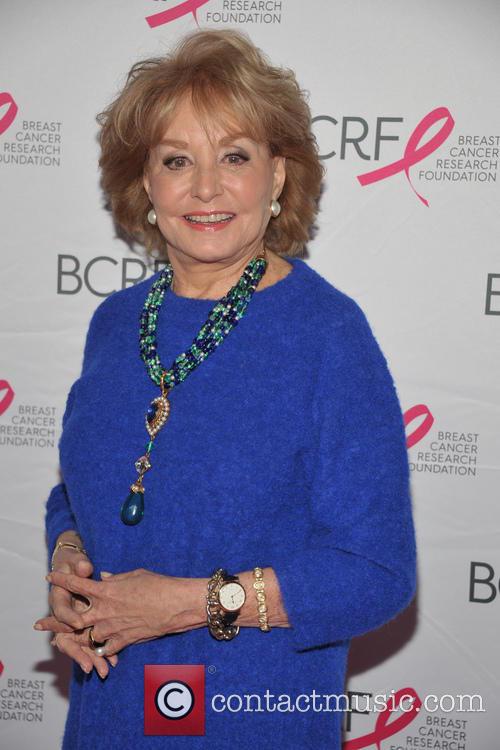 Walters' '10 Most Fascinating People' special will air in December

The two-hour show, which features interviews with the most notable people in entertainment and pop culture from the last twelve months, will be resurrected on Sunday, Dec. 14th, starting at 9 p.m. ET/PT.

"I was absolutely delighted when ABC approached me to do another year of '10 Most Fascinating People,'" Walters said in a statement. "I know we said last year was our last, but there are just too many fascinating people out there... and you never pass up the opportunity to interview Oprah, Neil, Chelsea, or Scarlett."

The legendary television journalist has been presenting the ABC special since 1993, and last year's honourees included Miley Cyrus, NSA whistleblower Edward Snowden and Jennifer Lopez, but Walters' Most Fascinating Person of the Year was awarded to former First Lady and Secretary of State Hillary Clinton.

Walters, who retired from having an on-screen position as a co-host on 'The View' earlier this year, will be continuing to work as an executive producer for the talk show, and will be a lifetime member of the ABC News family - contributing news reports when necessary.