Renai and Josh Lambert think that their life is back to normal after a horrific paranormal ordeal involving their son Dalton whose gift of astral projection landed him in a coma and possessed by several malevolent forces. However, Josh is now tormented by his own demon after it succeeded in claiming his body when he ventured into 'The Further' to save his child. His wife and child are unaware of his condition at first, but it soon becomes clear that they have to rope in new ghost-busting help to save their family who are far from out of danger yet. They're no strangers to inanimate objects moving of their own accord and ghostly figures wandering around their house, but what they're facing now could be much more sinister than they ever imagined. By Christopher Null
Terrible
In the history of men going to the movies, there are few horrors as singularly terrifying as the movie Beaches. With its combination of precious tragicomedy plot, copious singing, and Bette Midler, the horror trifecta is already complete. But there's plenty more: Not only is Midler heard here singing about her tits (her words), Mayim "Blossom" Bialik plays the 11-year-old version of brazen Bette. Chills don't get much colder than this.

Watching the 1989 movie today, it's not just an unabashed chick flick, it's also revealed as a plain-old Bad Movie. For starters, it's not really about anything, instead preferring to work (or not) as a collection of loose scenes that illustrate the ups and downs of two friends (Midler and Barbara Hershey) from their pre-teens to the grave. Things happen, but not much. The film's only real plot point comes in the last act (spoilers ahead if you care), when Hershey's character croaks on us, sticking Midler with her daughter.

By Christopher Null
Extraordinary
Fortuitous time for The Right Stuff to hit DVD, when the American space program is nearing rock bottom in the court of public opinion.

The Portrait Of A Lady Review

By Christopher Null
Very Good
Jesus, I didn't realize when I went to the movies this morning I was going to have to think!

Continue reading: The Portrait Of A Lady Review

By Rachel Gordon
Good
Men have feelings too. Men cry, despite the stigma attached to their gender, or at least they want to more than they let on. It's all societal conditioning. That's the pretentious premise of this never-ending, two-hour look at couple dysfunction.

With a highly acclaimed cast that includes Anthony LaPaglia, Barbara Hershey, and Geoffrey Rush you would hope this idea would provide great material for such illustrious actors to sink their teeth into. Unfortunately, having been adapted for the screen from a play, by the playwright himself, much of the emotional impact is lost in overwhelmingly dramatic dialogue.

By Pete Croatto
Essential
It's very simple. When you talk about the best sports movies of all time, there is Hoosiers, and then there's everything else.

Marital stress hangs like an albatross around the necks of all the primary characters in "Lantana," an viscous Australian ensemble piece that begins as an intricate, intimate web of rocky relationships and evolves into a tangled, disconcerting mystery.

Two floundering couples, connected through six-degrees-of-separation periphery, are at the center of the story. Anthony LaPaglia is Leon Zat, a police inspector who takes out his many frustrations on suspects and in bed with Jane (Rachael Blake), an almost-divorcee from the salsa dance class his wife drags him to every week. His marriage to brittle Sonja (Kerry Armstrong) has grown tepid and uncommunicative -- a fact that she regularly bemoans to her shrink, Valerie Sommers (Barbara Hershey).

Valerie is a woman who has had a hard time maintaining her professional detachment since her young daughter was murdered two years before. Her marriage to John (Geoffrey Rush), a prickly law school dean, has grown so numb since the loss of their child that they speak to each other -- even about sex -- like uneasy co-workers. And the fact that John deals with his sorrow in quietly tearful visits to the murder site while Valerie has chosen to grieve publicly, publishing a book about the killing, hasn't helped heal their rift. 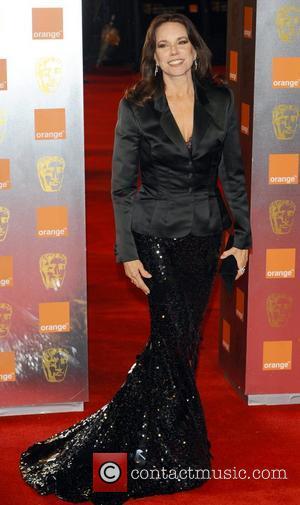