US Election 2012: What the Celebs Are Saying, Final Hour Support for Obama and Romney 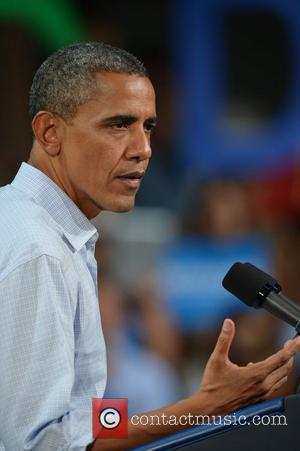 US 2012 Election: As the final hours of the day that are to decide the fate of America, as well as the entire world, come to a close, celebrities all over the United States are showing their ardent support to the candidates that they're backing. It seems that everyone in America is terrified regarding the outcome and with polls absolutely neck and neck, whatever happens almost half of the country is going to feel disappointed with the outcome. For many celebrities, they feel the onus of at the very least getting the country to vote. Let's take a look at what Barack Obama's and Mitt Romney's most famous supporters are saying.

On the Democrat's team:

Mariah Carey: Carey has supported Obama in a variety of ways, having sung at the President's inauguration, as well as penning a song called 'Bring it on home' especially for this year's Democratic campaign.

Ellen Degeneres: in her well humoured tradition, Degeneres lends her support to the vote itself, while not actively naming Obama, the endorsements and her vocal support of the current President make the focal point of her tweet obvious.

Neil Patrick Harris: Neil Patrick Harris, currently starring in How I Met Your Mother, also doesn't specify Obama in his tweet, has been very outspoken about LGBT concerns, particularly gay marriage, all of which points toward equality, which is a perceivably big part of Obama's ideology.

Batting for the Republicans:

Donald Trump: One of the most outspoken supporters of the Republican party, he's made it as difficult as possible for Obama during his 4 year term, and up until the final second the business mogul will be attempting to sway the vote one way or another.

"Do we still want a President who bows to the Saudis and lets OPEC rip us off? Make America strong, vote for @mittromney."

Jerry Bruckheimer: Creator of CSI and responsible for some of the best movies of the past 20 years including Top Gun, Beverly Hills Cop and Armageddon, Jerry Bruckheimer leaves a simple tweet, not actively aligning with Romney who he has supported for a long time.

Ted Nugent: Country singer Ted Nugent has been vocal about his support for the Republican party for many years, and judging by this tweet he's getting a little desperate.