Katy Perry was praised by US President Barack Obama when she performed at a special dinner at the White House yesterday (31.07.14). 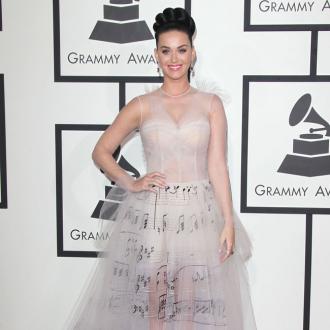 The US president was delighted to have the 'Dark Horse' hitmaker perform at the White House at a dinner to honour the 46th anniversary of the Special Olympics and admitted he felt ''grateful'' she had taken time out of her busy schedule to be at the event.

Introducing her on stage, Obama said: ''We have just one of my favorite people performing tonight -- Katy Perry. We are so grateful to her.

''I love Katy Perry. She is just a wonderful person. I've just met her mom and now I know why she is such a wonderful person, but I just want everybody to know she is on tour right now and so for her to take time out to do this is really special, and so we really want to say thank you to her for doing this.''

Among those in attendance at the dinner were 'Lately' hitmaker Stevie Wonder, tennis player Andy Roddick and his model wife Brooklyn Decker.

Taking her mother, Mary Hudson, to the event was a big turnaround for Katy - who has performed twice before for the president - as she previously claimed she had banned her pastor parents from watching her sing at the Commander-in-Chief's second inauguration in 2012 because they didn't vote for him.

She said in the past: ''My parents are Republicans, and I'm not. They didn't vote for Obama, but when I was asked to sing at the inauguration, they were like, 'We can come.' And I was like, 'No, you can't. I love you so much, but that--on principle.' They understood, but I was like, 'How dare you?' in a way.''