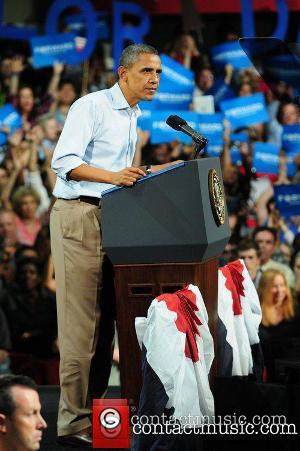 Fox and Friends, Fox's casual news and opinion segment, has raised questions about NBC and their motives in airing a benefit so soon after Hurricane Sandy, suggesting that it's a ploy ensure Obama's second term is secure.

Steve Doocy and guest host Eric Bolling were discussing the matter, and were moved to ponder the question, "Where are the conservative performers?" after noticing that the benefit's three main headliners are Bruce Springsteen, Jon Bon Jovi, and Billy Joel - three vocal Obama supports. Springsteen has even been travelling with the democrat on his re-election trail. Bolling also pointed out that other benefits, like the one for 9/11, were at least 10 days after the initial tragedy, giving New York City time to "get its feet under itself", whatever that means. He went on to describe NBC's timing as "more than suspect" and added "This just seems like a rush job because the election is gonna be [in] three days." So the Fox guys are in no uncertain terms, claiming that NBC have an ulterior motive in showcasing the benefit, but surely by talking about it like that, they're doing quite the same? Far be it from us to label a station bias, though: for shame.

Doocy's question, "Is it a hurricane benefit or a concert for Obama?" only really proves one thing: that Fox are 100% thinking in terms of political ploys and angles, and NBC only might be.