Barack Obama Teared Up During The Butler Screening 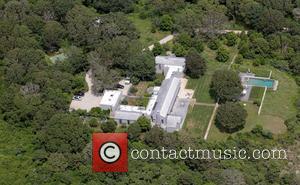 Picture: US President Barack Obama has rented this vacation home on Martha's Vineyard for a ten day vacation. The home is owned by an Obama...

The new movie, about a real-life African-American butler who served for 34 years at the White House under eight different leaders, was shown to Obama and his wife Michelle recently and he admits Forest Whitaker's portrayal of the titular character, Cecil Gaines, was a powerful one that left him proud and emotional.

The film, which also features the backdrop of racial strife in America, climaxes with Obama's election victory and a fictional meeting between Gaines and the first black President at the White House.

In a syndicated radio interview on Tuesday (27Aug13), Obama said, "I did see The Butler, and I did tear up. I teared up just thinking about not just the butlers who have worked here in the White House, but an entire generation of people who were talented and skilled, but because of Jim Crow (segregation laws), because of discrimination, there was only so far they could go."

He added, "All of the acting was terrific, and I thought Forest Whitaker was wonderful. And Oprah, my girl, she can act."