Barack Obama shops at the Gap

Barack Obama went shopping for his family at the Gap and joked that he hoped his wife and daughters would be impressed with his style. 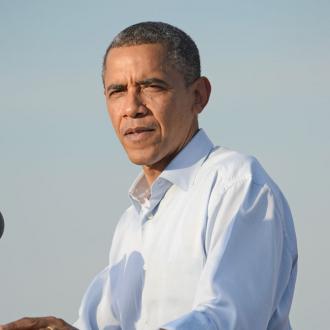 Barack Obama went shopping for his family at the Gap.

The US President stopped off at a branch of the high street store in Manhattan, New York City, yesterday (11.03.14) to purchase some casual clothing for the women in his life.

According to People.com, sales assistant Susan Panariello suggested Obama buy a simple hoodie for the First Lady, but was informed that Michelle wasn't a fan.

The protective dad also joked, ''I'm worried the V-neck is going to slip,'' when he was considering what cut of sweater to buy for his daughters Sasha and Malia.

In the end, he opted for a blue jacket for Michelle and two more modest jumpers in gray and coral for his teenage daughters.

Obama chuckled: ''I think the ladies will be impressed by my style sense.''

The President declined an offer to apply for a store card, which would give him 15 percent off his purchases.

The politician and his wife have become unlikely style icons since entering the White House in 2008, much to their own amusement.

He previously joked: ''I'm baffled by this whole [style icon] thing myself because I hate to shop.''