Did The Commander-In-Chief Just Binge-Watch 'Game Of Thrones' Season 4?

Be very, very jealous because the Commander-In-Chief has already seen Season 4.

There are probably many benefits to being the POTUS, but for a day at least, the biggest one has to be advance access to Season 4 of Game of Thrones. President Obama got to see advance screenings of the highly anticipated new season of the HBO show weeks ahead of its scheduled premiere on April 6. 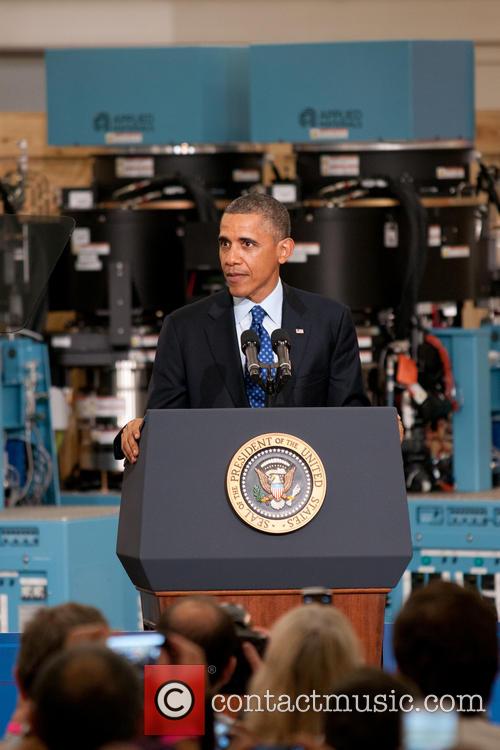 The POTUS gets the final word on matters of international importance AND Game of Thrones screeners.

Thrones co-creators David Benioff and D.B. Weiss recently told Vanity Fair that the advance screenings did indeed take place, making fans of the show across the world extremely jealous. “One perk of being the most powerful man in the world: yes, you get to see episodes early,” the pair said in a joint email.

It’s just one of the perks of being the leader of the free world, apparently. We’ve long known that the POTUS is, let’s be honest, a bit of a nerd. Obama (or at least someone running his Twitter) has been known to enjoy a bit of pop culture.

According to the New York Times, he even requested advance copies of Game of Thrones and True Detective from HBO’s chief executive, Richard Plepler, at the state dinner for France on Tuesday night. “Where is my True Detective and Game of Thrones?” Mr. Obama asked Mr. Plepler as he told him that the coming weekend would be a good time to have the DVDs. Ask and you shall receive probably applies even more to residents of the White House.

We wonder whether the leader of the free world took in the 10 episodes, nearly an hour in length each in several sittings, or he binge watches like the rest of us. Presumably, he has a Full and Presidential To-Do-List, preventing him from spending ten hours straight watching GoT. Then again, observing the political drama in Westeros could qualify as research. Though we doubt the US army will start using dragons any time soon.