The Israeli supermodel has fallen foul of broadcasting standards in her own country - for the second time in her career.

A new ad campaign starring Israeli supermodel Bar Refaeli has been banned from TV in her own country after it was deemed to be too racy by censors.

Officials at the Second Broadcasting Authority for Television and Radio in the country have ruled that the 45-second video, in which the 30 year old model advertises her own range of swimwear, Bar for Hoodies, can only be shown after the 10pm watershed, and even then in an edited form, according to the Times of Israel. 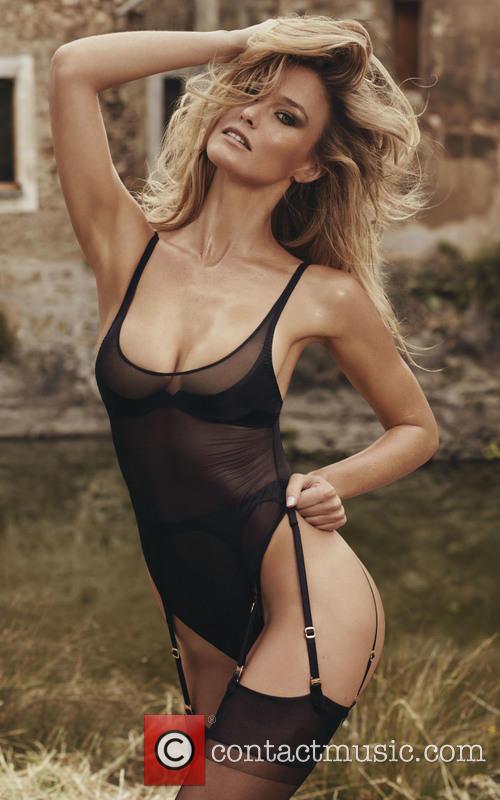 Bar Refaeli in a December 2015 photoshoot

The censored ad shows Refaeli posing on a beach in various items of her clothing range, and features several close-ups of her buttocks and cleavage in addition to one shot in which she appears to be completely nude.

She had announced the campaign with a bare-bump photograph posted via her official Instagram account just under a month ago, taken when she was five months pregnant with her first child.

More: Bar Refaeli hints that she wants to have a baby - soon

Refaeli, who is married to businessman Adi Ezra, apparently filmed the advert a number of months ago when she was three months pregnant. She is currently also the host of Israel’s version of ‘The X Factor’ in addition to being an actress and businesswoman.

It isn’t the first time that the Sports Illustrated model, who was voted top of Maxim’s Hot 100 list in 2012, has fallen foul of Israel’s broadcasting watchdogs. In 2014, an advert featuring Refaeli in bed with a purple-coloured muppet (yes, weird, we know) was also banned from being shown before the watershed for containing “too many sexual insinuations”.

In fairness, the muppet then has a fantasy sequence in which he imagines himself surrounded by many scantily-clad Refaelis while he plays poker…

More: Bar Refaeli claims she wore Converse to her wedding