Bar Refaeli: 'Good Teeth Are Most Attractive In A Man'

Bar Refaeli says a nice smile ''with beautiful teeth is the most attractive thing'' in the opposite sex. 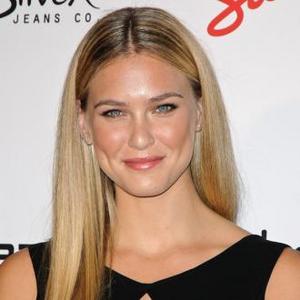 Bar Refaeli says a nice smile ''with beautiful teeth is the most attractive thing'' in the opposite sex.

The supermodel ranked at the very top of Maxim magazine's Hot 100 and revealed that the dental aspect of a man's appearance is of high importance to her.

She told the publication' September issue: ''Teeth are the first thing I look at. With today's orthodontists, I don't understand why people wouldn't fix them.''

The 27-year-old star is currently linked to professional snowboarder Shaun White and also requires that men don't act too ''cool.''

She explains: ''If someone is funny, he should say something funny. If someone is sweet and gentle, he should talk that way. Just be yourself. Like, the other day, I was at the airport, and there was a cute guy who I saw notice me. But instead of coming up next to me, he put his head down and started texting to appear like, 'Oh, didn't even see you!' I was like, if you really were cool, you'd just be yourself and talk to me.''

However Bar admitted she rarely gets asked out.

She said: ''I think part of the reason is that I'm not out much. I'm usually at a photo shoot or getting to sleep early. I don't really have a chance to meet people other than businessmen on planes. They're all married and much older, though.''