Israeli Supermodel Bar Refaeli Is Embroiled In A Battle With The Country's Authorities Over Her Plan To Ban Flights From The Airspace Over Her Wedding Venue. 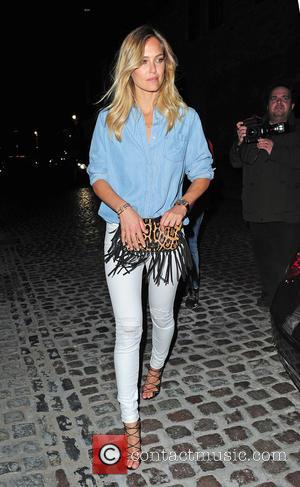 The catwalk star, who previously dated Hollywood actor Leonardo Dicaprio, is set to marry her businessman fiance Adi Ezra at a resort in the Carmel forest in northern Israel on Thursday (24Sep15), and she asked for a no-fly zone to be implemented for her big day.

The request was granted by aviation authorities, who ruled that no flights could pass over over the venue between 5pm and 2am on the day of the wedding, but the order was later overruled by Israeli transport minister, Yisrael Katz, following widespread criticism.

However, Refaeli is refusing to give up and she is now reportedly taking legal action in a bid to have the no-fly order reinstated in time for the nuptials.

Editors at Israelnationalnews.com report Refaeli and Ezra are expected to take their fight to court this week (beg21Sep15).