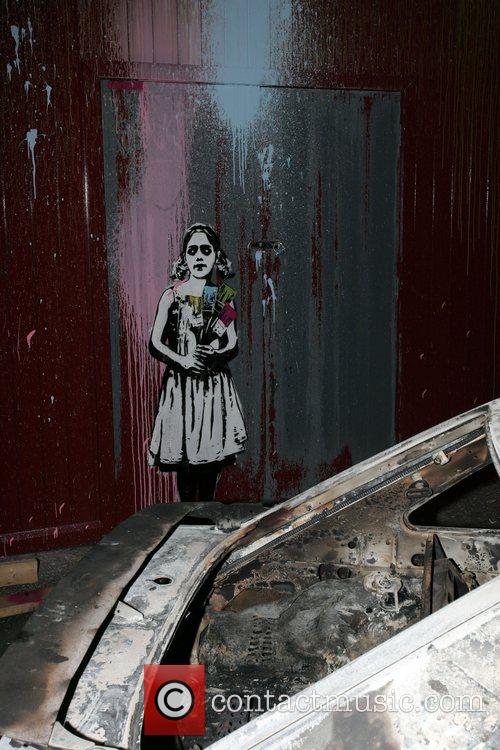 Last week, a Banksy mural was discovered on a wall behind a telephone box in Cheltenham. Local residents said they spotted men unloading equipment and materials from a van in the early hours but no photographs were taken. The graffiti shows 1950s style spies huddling around the telephone box with wiretapping devices.


Resident Karen Smith, 48, lives in the house next to the artwork but won't profit from it because she rents from a private landlord.

She said: "I think it is pretty amazing. I heard male voices outside in the early hours but it wasn't till I saw the tarpaulin screen at about 7.30am I thought anything of it.

When I came out I saw people staring at it and asked them what they were looking at.

"There was also a van with writing all over it where they were putting the screens in."

Earlier this year, Banksy's 'Girl with Red Balloon' was chainsawed off a wall in Shoreditch, east London.