The artist's article branding the twin towers' replacement as a "shyscraper" is rejected by The New York Times.

UK street artist Banksy has made headlines again but this this time it's not for his artwork - rather his writing after he decided to express his feelings towards New York City's One World Trade Center by writing a piece with the intention that it would be published by the New York Times. However, the article was perhaps deemed too controversial by the Gotham newspaper who rejected Banksy's piece. 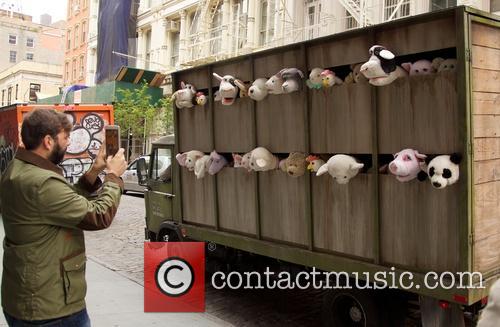 Banksy's Controversial Art Has Littered New York Over The Past Month.

In the article, now published on Banksy's website, the graffiti artist complains that in building such a safe, "vanilla," skyscraper, the city of New York was effectively declaring the 9/11 terrorists' victory. He describes the One World Trade as "a one thousand foot tall sign that reads - New York - we lost our nerve."

The building, which was topped out in May this year, was erected to remember the lives of all those who died in the terrorist attacks on the World Trade Center's twin towers on the 11th September, 2001. However, Banksy believes that "It would be easy to view One World Trade Center as a betrayal of everyone who lost their lives on September 11th, because it so clearly proclaims the terrorists won," Banks writes in his rejected op-ed. 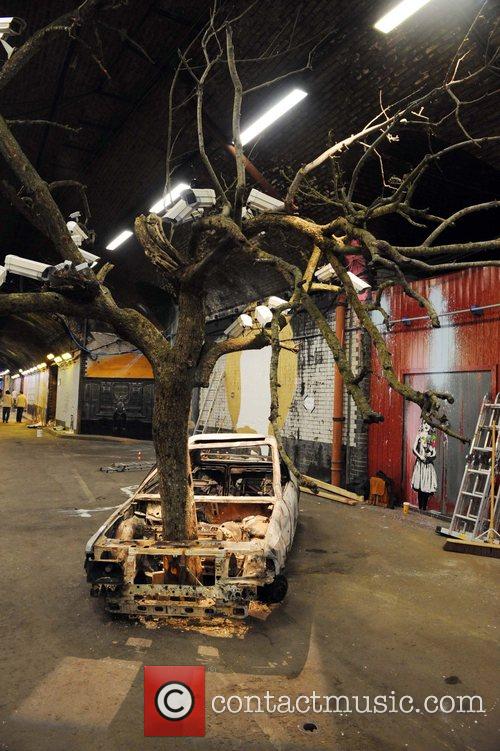 Banksy's Artwork Can Sell For Millions.

"Those 10 men have condemned us to live in a world more mediocre than the one they attacked, rather than be the catalyst for a dazzling new one." He wrote on his website, "Today's piece was going to be an op-ed column in the New York Times. But they declined to publish what I supplied. Which was this."

Banksy, whose real identity is unconfirmed, is nearing the end of his one month residency in the city during which he has planted his artworks in five different boroughs. In light of his rejection from the city's most famous newspaper, Banksy sprayed "This site contains blocked messages" on a Brooklyn wall to criticise their decision. 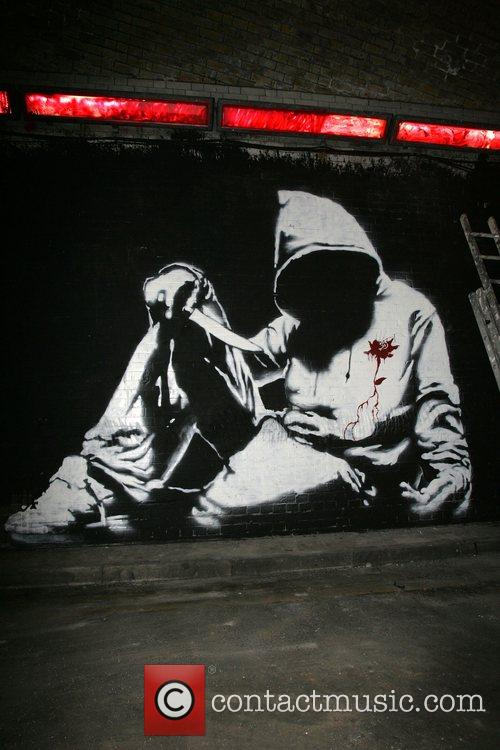 The Spray Paint Artist Is Accustomed To Creating A Stir.

"You've got to do something about the new World Trade Center," he said, adding "[It lacks any self-confidence [...] It reminds you of a really tall kid at a party [...] trying not to stand out from the crowd." Banksy is outspoken in his vehement dislike for the building, writing "One World Trade Center is a non-event. It's vanilla. It looks like something they would build in Canada."

Banksy Is Not Welcomed By NYC's Mayor.

Though his artworks have created a great deal of excitement in the cosmopolitan city, he is not welcomed by New York City Mayor Michael Bloomberg. "Art is art, and nobody's a bigger supporter of the arts than I am," Bloomberg said last week, via The Daily Mail.

Banksy's residency in the city will end on Halloween.