Banksy's New York residency has come to an end. 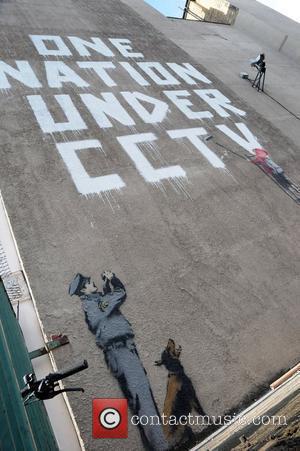 Picture: A new Banksy mural 'One Nation Under CCTV' painted next to a CCTV camera at a Post Office yard in the West End. The...

Banksy finished his month-long artist 'residency' in New York with the sale of his painted work "The banality of the banality of evil" for a cool $600,000 - all for charity. The painting was auctioned on Thursday (October 31, 2013) from on behalf of the Housing Works charity, which helps to fund AIDS and homelessness projects in the city.

Banksy bought the painting from a Housing Works charity shop in New York before reworking it with a Nazi figure, giving it a title and anonymously donating it back to the shop. Staff at the shop received a call from one of the artist's team soon after, explaining that the panting was an original Banksy, according to The Independent.

After 138 online bids, the painting sold for $615,000, though the winning bid is still being verified.

Works by the shadowy Bristolian artist have been cropping up over the city all month, including a statue of Ronald McDonald, a moveable garden during which Banksy was possibly unmasked and bubble writing onto a building in the middle of the Long Island Expressway.

His most publicised stunt came when Banksy set up a sale of his work near Central Park, with most items available for just $60. Presuming the stall was selling cheap rip-offs, most New Yorkers ignored it entirely.

Speaking about the end of his residency, the artist said via an audio guide narrated by an American on his website: "Well, this is the last day of the show, and I'd like to say we're going out on a high note.

"I guess in a way, we are. This is a sideways take on the ubiquitous spray painted bubble lettering that actually floats. It's an homage of sorts to the most prevalent form of graffiti, in the city that invented it, for the modern era. Or it's another Banksy piece that's full of hot air."

Banksy said the residency effectively asserted that "art should live outside, amongst us."

"And rather than street art being a fad, maybe it's the last 1,000 years of art history that are the blip when art came inside in service of the Church and institutions. But art's rightful place is on the cave walls of our communities where it can act as a public service, provoke debate, voice concerns, forge identities." 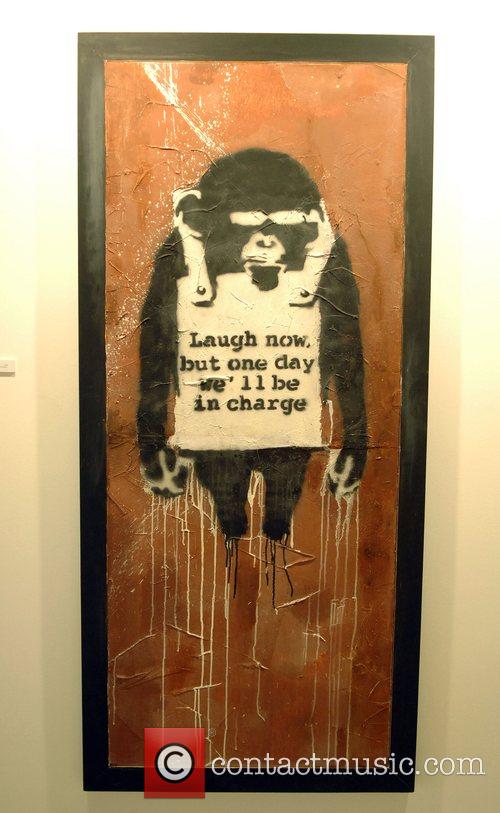