The residency ends with mystery and suspicion instead of fond memories and a large charitable contribution.

Bankey’s residency in New York was punctuated by many newsworthy events. He was reportedly chased and arrested by police, sculptures and graffiti art popped up all over the city, and unsuspecting customers purchased original pieces for a fraction of their potential worth. 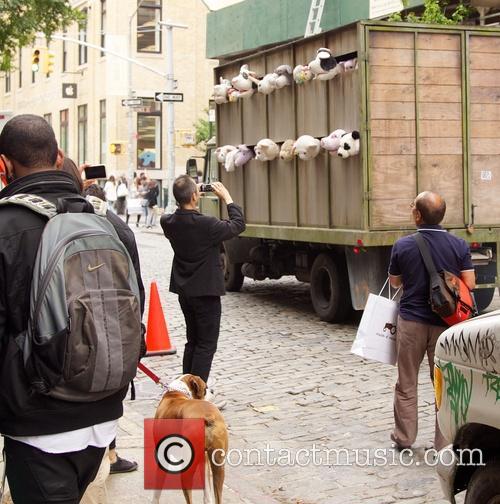 Ostensibly, the climax of his residency, though, was the buying editing and reselling of an oil painting, which he named ‘The Banality of The Banality of Evil’. The painting, bought from a charity thrift store with a view to helping the homeless community of N.Y.C suffering from the AIDs virus, was then auctioned off for $615k. Or at least Banksy and the charity involved thought so.

The Housing Works have since revealed that the buyer of the painting has backed out due to suspicions that the whole back story was fake, and that the charity were in on the whole thing from the beginning. The charity's chief development officer, Matthew Bernardo, told TPM that they’ve had to look for other buyers.

"We are still looking into why he defaulted, and we reserve the right to sort of see what we're going to do with it," Bernardo said. "But we were really looking to close the transaction so we could put the money to use."

"It's all part of the hype, part of the marketing machine that is Banksy," Wil Emling, a Minneapolis-based broker who bid on the painting on behalf of the private buyer told the Guardian, adding that his client wasn’t interested in the piece any more. "The whole back-story to this painting is completely false … There are just too many questions.” 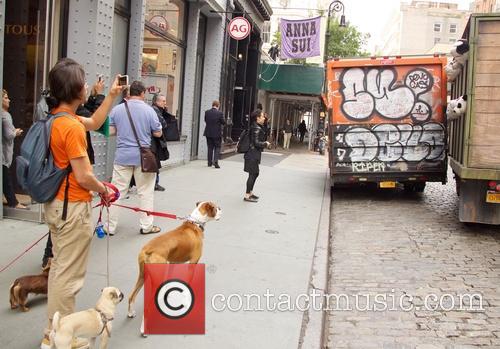 Dogs check out the meat truck with intent.

The supposed back-story wasn’t the only stumbling block for the now-disinterested buyer; he was also perturbed by the increments at which the auction’s price swelled.

"It's not uncommon for the price of a lot to go up in the final minutes, even by hundreds of dollars, but I do question that this painting jumped by several hundred thousand dollars. The increments were no longer logical," he said. "People were just jumping in, and it looked to me like they were deliberately trying to get the price up."

Banksy Art For Sale At $60 On New York Stall. Did You Get One?

That’s quite a serious accusation: it’s called shill bidding, it’s illegal and given that the charity had the most to gain out of the sale, fingers are being pointed towards them. Although it’s important to stress that nothing has been proved.

The winner of the auction was acting under the pseudonym "gorpetr”. He/she only joined the bidding 17 minutes before its close, making several offers that culminated in a final price of $615,000. 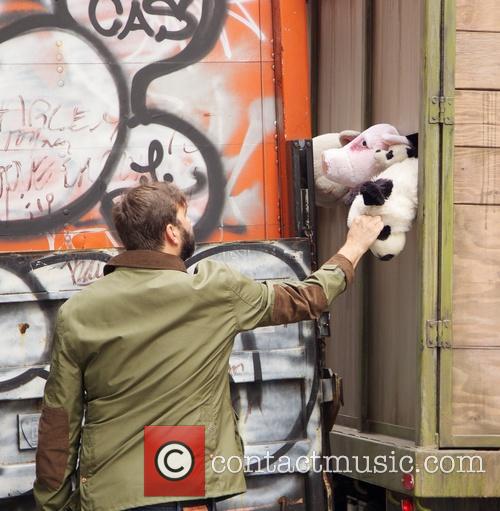 At the time, Housing Works spokeswoman, Rebecca Edmonson said: "This marks the highest revenue in the history for any one item sold by Housing Works in any of its 12 thrift shops or online. It means a lot that the artist is using his time in New York to give back to the very community that has been captivated by his every move."

Despite myriad accusations and mystery, the outcome of the 'Banality of Evil' debacle has seen the charity miss out on over $600k, which is a huge blow considering the work they could have done with one of their biggest windfalls to date.