Elusive street artist Banksy has donated a painting worth more than $200k to a N.Y.C non-profit organization involved in helping the local, AIDS infected homeless community.

Rebecca Edmondson, director of public relations at Housing Works, was at a thrift shop near Gramercy Park when a woman walked in wielding the customised oil painting. 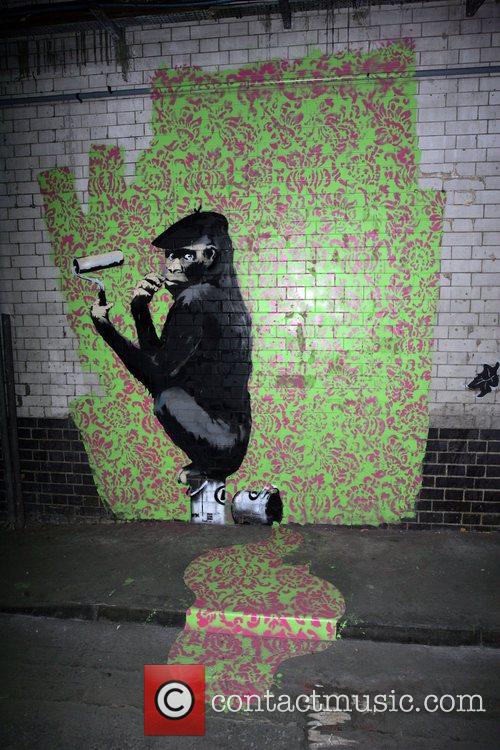 A signature Banksy piece under a bridge in South London

“She said the painting is worth a lot of money and that someone will contact us about it,” explained Edmondson, according to Bloomberg.

A spokesman for Housing Works, which aims “to end the dual crises of homelessness and AIDS” in New York, said that all money raised from the auction would be funnelled into the ‘front line of defence’.

“100 per cent of the proceeds from the auction will go towards lifesaving services for people living with and effected by HIV/AIDS, including housing, medical care, job training, legal services, and case management,” the spokesman said.

The piece – entitled The Banality of the Banality of Evil – was bought by Banksy from the very same thrift shop two months ago for $50.

Banksy has been making waves with an online residency in the Big Apple. 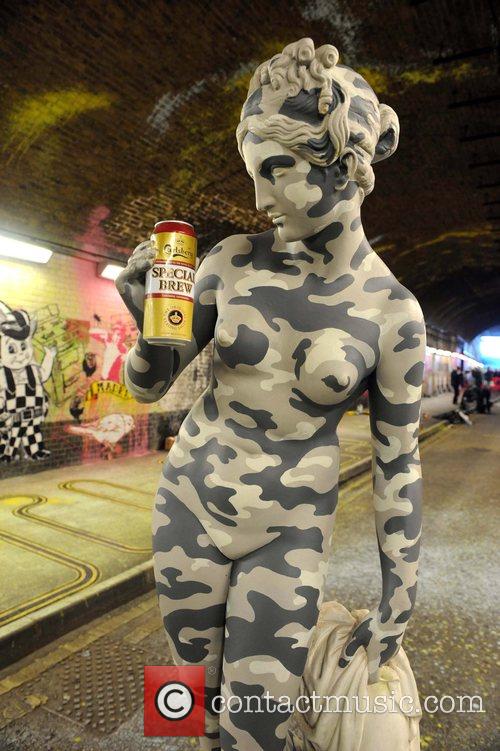 “Most New Yorkers have been watching pretty closely what he’s been doing for the past 30 days,” Edmondson said of the enigmatic artist. “There has been controversy. But it’s great to end on such a high note by giving back to the New York community.”

Not long ago, Banksy sold some of his genuine canvases in a New York Park. Assuming they were fake, most people walked by without giving them a second thought, but a few plucky locals managed to pick up the bargain of a lifetime.