Banksy Art For Sale At $60 On New York Stall. Did You Get One?

Banksy artwork for sale at the cut-down price of just $60 fooled New Yorkers. 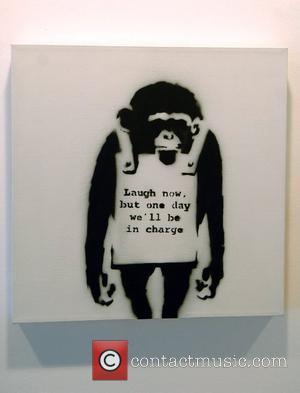 Picture: Artwork by Banksy Warhol vs Banksy at The Hopsital - Private View Work by contemporary artists Andy Warhol and Banksy is exhibited side by side...

Banksy art for sale at just $60 - this is a joke right? Nope, not at all. The enigmatic Bristolian artist continued his New York City art show by putting valuable stencilled works - said to be worth tens of thousands of dollars each - up for sale for next to nothing in Central Park this week.

We've all seen the cheap Banksy knock-offs for sale at markets, art fares and car-boot sales and the artist's stall in New York - manned by a funny looking old guy - looked the very same.

A label simply advertised "spray art" while the canvasses featured some of Banksy's most recognisable and most replicated work including the monkey, the rat with a drill and the protestor throwing flowers. Only eight pieces were bought by three customers, generating a total haul of $420, according to The Verge.

It's no surprise that New Yorkers were suspicious of the work, though we'd like to think the three customers who snapped up the pieces had a sneaky feeling for their veracity given Banksy's presence in Manhattan over the past couple of weeks.

The opportunity to snap up one of the original stencils is now over. The stall was closed and will never be coming back.

The latest stunt has left New Yorkers searching for new Banksy art locations, with two new pieces cropping up in Brooklyn and Greenpoint in the past few days. One man offered to purchase the door on which Banksy wrote a quote from Greek philosopher for $1,000.

"His last piece sold for four hundred thousand and it was a piece of stucco. So, I would be glad to hang that up on my wall," he told Sky News.

Watch the Banksy art sale unfold throughout the day:

A man in a flat cap and overalls was photographed trying to fix a 'moving painting' in a van which had broken down in the city. When one man followed the mysterious character to a nearby gas station and asked whether he was Banksy, he smiled and replied, "No, I'm a truck driver." 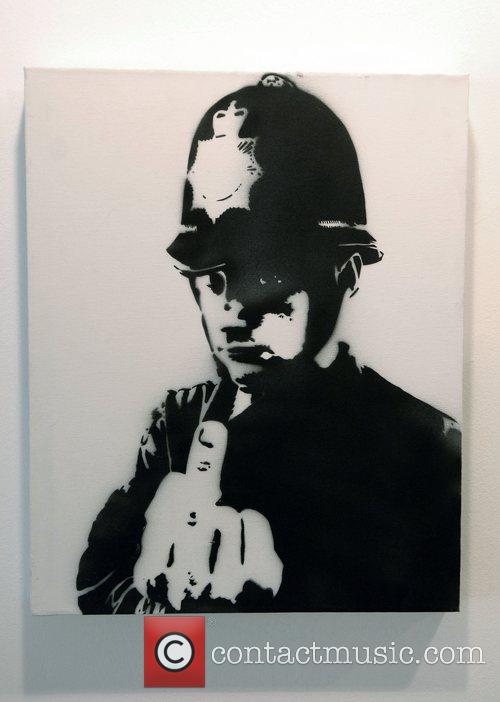 A Banksy Piece Exhibited In London in 2007 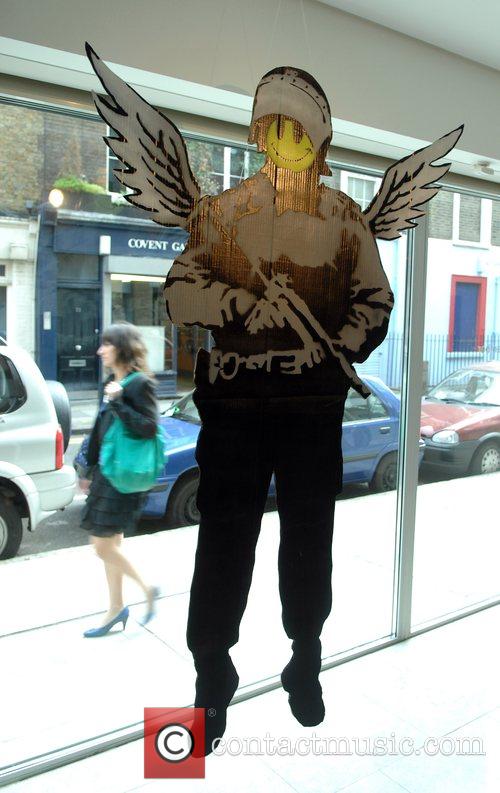