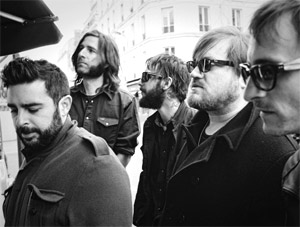 Band Of Horses have announced they will headline London's historic Somerset House on 12th July as part of the venue Summer Series.  The band, currently on tour in America in support of their critically-acclaimed fourth album Mirage Rock, will also headline The Green Man festival on Saturday 17th August.

Tickets for the Summer Series at Somerset House go on sale on Friday 15th March at 9am and are priced at £27.50 (plus booking fee) and are available from www.somersethouse.org.uk