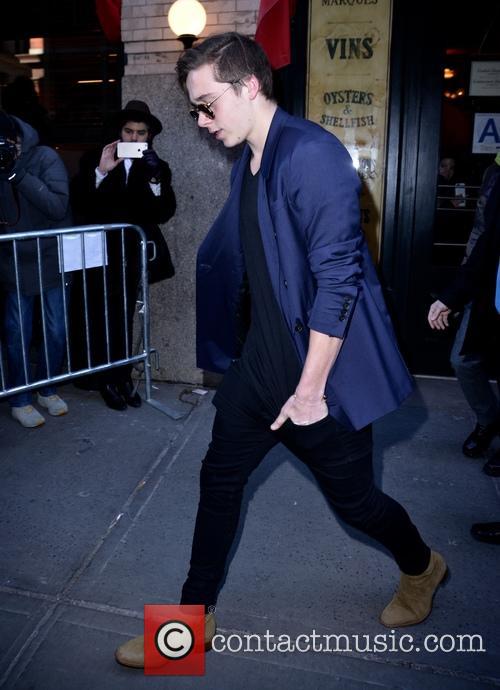 This is the third release from a Belgian quintet who broke through with their debut album in 2010 and topped the charts in their homeland with its successor two years later.  An indication of the Balthazar's popularity in Europe can be gathered from a glance at their packed tour schedule, with shows stretching into July. 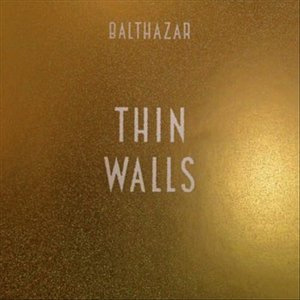 The opening to 'Decency' is moody in a similar way to Arctic Monkeys' 'Do I Wanna Know', but with vocals akin to Bono instead of a Yorkshire man.  The chorus is a slow burner, but once it takes hold it is a quality hook supplemented with an effective use of a string section.  This, it turns out, is a trademark of the Balthazar sound.  'Then What' breezes along in a wistful indie tone, while 'Nightclub' is powered on a likeable glam-rock rhythm.  Despite the title, 'Dirty Love' actually has a soothing warmth and 'So Easy' finds the strings being utilised for a quirky yet undeniable melody.  The album suffers slightly from a lack of variation in dynamics, but at ten tracks the proceedings end before it becomes overbearing.  The result is a likeable if not exciting collection of songs.

There are ten films boasting a perfect 100 score on Metacritic, but what are they? And why are they deemed as works of cinematic perfection?

Only ten films command the ‘perfect 100’ on Metacritic, a website which converts reviews into a percentage score based on the tone of the review, or a simple analysis of the overall score. The hallowed selection of ten films constituted by every critic who has viewed them as absolutely flawless works of cinematic genius, consists of both legendary and widely revered pictures as well as others that are relatively unknown by the mainstream cinema audience. Nevertheless, they each possess qualities that render their artistic merit as both untouchable and undeniable. Some are adored in critical circles, whilst the wider public reacts with a little more indifference to their supposed untouchable qualities. So what exactly are these esteemed selection of films? And just why do the critics reach the unanimous opinion that these are simply works of cinema that cannot be criticised to any degree? Continue reading: The Top 10 Films Of All Time, According To Metacritic

Rats compromises of numerous unassuming, multi-cultural elements that would be difficult to imagine existing together had they not been brought together for Balthazar's second full length release. The Belgian group, compromising of founding members Martin Devoldere and Jinte Deprez, with Patricia Vanneste, Simon Casier and Christophe Claeys making up the rest of the group, have found their spot in music between the fork in the road leading to indie-pop and continental rock similar to the likes of Beirut and Fleet Foxes - that is, they have managed to produce a twee yet respectable sounding record with Rats. 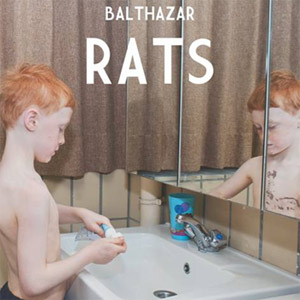 The fact that the album, despite being released on continental Europe in the later stages of 2012, was released in the U.K. only a few weeks ago in late February highlights the ready availability of indie groups attempting to appeal to the multi-genre loving, alternative-savvy cool kids and the listeners of Radio 1 reliant on the station to bring them new music. Rats is nothing new, and it doesn't really bring anything to the table that hasn't already been left lying around before, but this by no means diminishes the album's quality for it s a thoroughly enjoyable listen and an album that gets better with each passing play.

Album opener 'The Oldest of Sisters' kicks things off in a jumble of varying influences as far-flung as baroque jazz to alt-rock, with following track 'Sunken Ships' placing the bar at it's highest peak with it's intricate polka-pop arrangements and rousing lyrics ('from my pen you expected the sweet honey to drip/ but the words come out like rats leaving a sinking ship'). The majority of the album fails to live up to the standard set by the first three tracks, with groovy drumbeat and string-laden 'Later' staring as one of the album's highlights, but at no point does the album sound forced or rushed or simply bad - it's just that they can only get so close to the bar set by these first tracks. On the more downbeat 'Joker's Son' and the slightly melodramatic 'The Man Who Owns The Place' and 'Do Not Claim Them Anymore' the group's venture into darkness leaves a sombre mood, but it is one that fits in well to the journey that is Rats. These tracks, although somewhat more removed from the overall mood of the album, never feel isolated from the album - which is a whimsical forty minutes of folksy, genre-splitting pop done right (unlike the dubiously successful Mumford and Sons who fail at every attempt to make anything remotely as interesting or accomplished as Balthazar have done on either of their two releases). Rats never runs out of ideas and even towards the end, with the string-laden 'Listen Up'  the album still has the ability catch hold of you and really appreciate the exemplary song-writing skills of the Belgians.