'Wolf Hall' vies against 'This is England '90' and 'Doctor Foster' in the 2016 BAFTA TV Award nominations with four nominations. The Mark Rylance drama series has kept audiences gripped since it hit the small screen, but is it enough to impress at this year's award ceremony?

Unsurprisingly, it has landed the most categories in total alongside 'Peter Kay's Car Share'. Leading Actress nominee Claire Foy faces off against the likes of Suranne Jones from 'Doctor Foster' Sheridan Smith in 'The C-Word' and 'Ruth Madeley' in 'Don't Take My Baby'; the latter two shows of which also compete in for Single Drama with 'Cyberbully' and 'The Go-Between'. 'Wolf Hall' also has an excellent contender for Leading Actor, but how will Mark Rylance fare alongside Ben Whishaw from 'London Spy', Stephen Graham from 'This is England '90' and Idris Elba from 'Luther'? 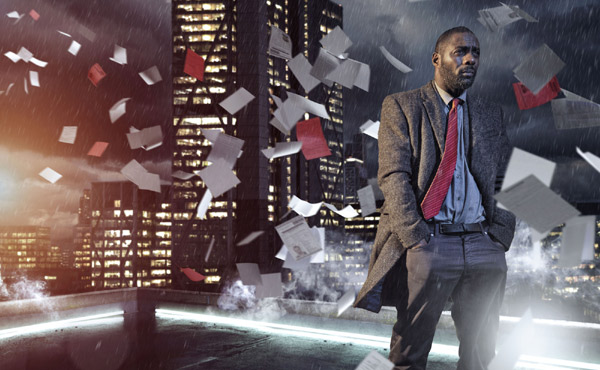 Idris Elba is up for Best Leading Actor

The nominations for the coveted Best Drama Series also features 'Wolf Hall' as well as 'Humans', 'The Last Panthers' and 'No Offence'. Also, completing the names for Best Supporting Actress are Eleanor Worthington-Cox from 'The Enfield Haunting', 'This is England '90''s Chanel Cresswell, Michelle Gomez who was in 'Doctor Who' and Lesley Manville from 'River'. The category's male counterpart lists Anton Lesser ('Wolf Hall'), Tom Courtenay ('Unforgotten'), Cyril Nri ('Cucumber') and Ian McKellen ('The Dresser').

'Peter Kay's Car Share' will go against 'Chewing Gum' for both Scripted Comedy and Female Performance In A Comedy, and is obviously a favourite for Male Performance In A Comedy Programme, while it competes for the Radio Times Audience Award with 'Humans', 'The Great British Bake Off', 'Making a Murderer', 'Poldark' starring Aidan Turner and, of course, 'Doctor Foster'. 'Doctor Foster' rounds off its other nominations with the Mini Series category, which also includes 'This is England '90', 'London Spy' and 'The Enfield Haunting'.

More: Who won at this year's BAFTA Film Awards?

As usual, there'll be a nod towards the international shows that have been making the rounds over the last year. This year they feature Netflix crime-thiller 'Narcos', French police drama 'Spiral', CBS political drama 'The Good Wife' and Amazon Prime's 'Transparent'.

The winners will be announced at a ceremony at London's Royal Festival Hall on May 8th 2016.