Why should what Sarah Millican wears to the BAFTA's matter, after all isn't she being judged on her talent?

At last year’s Television BAFTAs comedienne Sarah Millican chose to wear a perfectly nice dress from John Lewis, one which she felt comfortable and happy in for her big night. But who cares what she wore right? Sarah Millican is a talented, funny woman who was being recognised at Britain’s most prestigious awards ceremony. Sadly, some mean spirited folks didn't see it that way and decided to lay into Sarah on social media, criticising her appearance and outfit choice and effectively sticking a pin in her “excitable BAFTA balloon.” But hey trolls, if you think that’s enough to keep a funny woman down, then you clearly need another introduction to Sarah Millican. 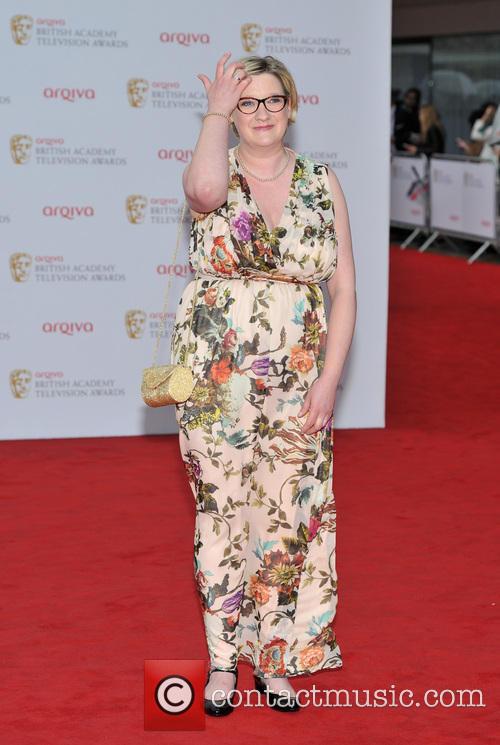 Last week Sarah decided to open up about her experiences after last year’s BAFTA’s in an essay in the Radio Times. Delivering an open, smart, funny and thoroughly kick-ass response to those trolls who ruined her evening, Sarah emphasised what you'd think would be a very clear fact, she is a comedian and not a model. Why should we know this? Well she’s on television all the time making us laugh, plus she was nominated for best entertainment performance at the ceremony, so really it should have been clear. But it seems it wasn't to those who decided to focus more on, what they thought, was a bad choice of outfit for the night (it wasn't btw) than her talent.

Sarah wrote of how, at these award shows, entertainers like herself have to go through the routine of posing on the red carpet, which for some can be an understandably daunting experience. “I had a few awkward photos taken by the wall of paparazzi.” she writes, “Awkward as I’m not a model (I’m a comedian), have never learnt how to pose on a red carpet (I’m a comedian) and I have pretty low self-esteem.” Still, Sarah enjoyed herself at the ceremony (despite not wining an award) and was still feeling good about the dress she had picked out with her friend in John Lewis.

Then when Sarah began to make her way home and checked her twitter her mood changed. “My dress (the one that caused ooohs in a department store fitting room?) was destroyed by the masses,” she wrote. “I looked like a nana, my dress was disgusting, was it made out of curtains, why was I wearing black shoes with it. I cried. I cried in the car.”

More: Television Bafta's, all the winners and pictures

Why ever a comedienne's choice of outfit for an awards ceremony should matter so much, neither we nor Sarah will ever know. As she puts it, “I thought I had been invited to such an illustrious event because I am good at my job. Putting clothes on is such a small part of my day. They may as well have been criticising me for brushing my teeth differently to them.” It’s all even more mind boggling when you see the dress, really what the heck was so wrong with it? But a day later Sarah made a decision, if she was nominated again this year, she’d wear the same dress, “To make the point that it doesn’t matter what I wear; that’s not what I’m being judged on.”

BAFTA dress on and almost showtime in Buxton. pic.twitter.com/whRGUUUIja

This year Sarah was nominated for another BAFTA. Sadly she couldn’t attend the ceremony because she had a gig to do, that’s what happens when you're talented and in demand. But on stage on Sunday night she did wear last year’s dress, why? Because it doesn't matter what she wears, Sarah Millican is awesome and surely that's what's really important.