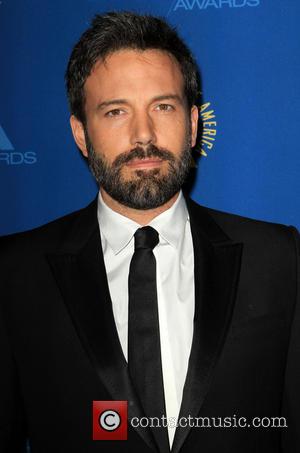 Most of the British talent on show at the BAFTAs on Sunday will have to sit firmly in their seats and watch one American in particular pick up a slew of awards in London. Daniel Day-Lewis will take the award for Best Actor for his sterling performance in Steven Spielberg's Lincoln, though Ben Affleck will be the name on everyone's lips following the ceremony at the Royal Opera House, Convent Garden.

Argo - a drama directed by and starring Affleck - is likely to take Best Picture at the British ceremony, with the 40-year-old the big favourite to win for his directorial work too. The movie, about the rescue of American hostages from Iran in 1979, has beaten Lincoln to just about every award in America, establishing itself as the massive favourite to win Best Picture at the Oscars on February 24, 2013. Argo has seven BAFTA nominations in total and although Lincoln, Les Miserables, Life of Pi and Zero Dark Thirty also contest the major prizes, it's likely to be Affleck's tense drama that comes up trumps.

British star Daniel Day-Lewis was hailed as "the world's greatest actor," by Time magazine last year and is the safe bet to add to his trophy cabinet on Sunday. Should he scoop the same prize at the Academy Awards, it would be his third Oscar for Best Actor, an unprecedented feat in the world of Hollywood. There could be wins for the Oscar-snubbed James Bond movie Skyfall, nominated in eight categories including Best Supporting Actress (Judi Dench), and Best Supporting Actor (Javier Bardem), though the bookmakers predict the film will miss out on the Outstanding British Film prize to Les Miserables, starring Anne Hathaway, Hugh Jackman and Russell Crowe.