There's something sexy about your favourite indie bands getting together and making a good old fashioned jamboree single. To raise money for Strummerville (Joe Strummers foundation for new musicians), Babyshambles have teamed up with The Rakes, Kooks, Guillemots, We Are Scientists, Good Books, Larrikin Love, Jamie T, Jeremy Warmsley and a whole load of others to release a cover of The Clash's classic Janie Jones. Although the artists don't have enough time to trample their mark in a 'Band Aid' fashion throughout the 2 minutes of exhilaration, all the character traits are there and mix pretty well together. It's a fun song that's convincing enough to get Pete some good press and respectable airplay as it shows him in his true bohemian milieu doing a catchy song that hopefully everybody will enjoy. There's nothing to really hate about this, except it's all too short length, but plenty to rave about. The clashing and sometimes haphazard vocals are fantastic and the rolling drums carry it through well with Pete's bouncy voice. The most exciting thing about this single however is its inclusion of Carl Barat which prompts hope for that sought after Libertine reunion. 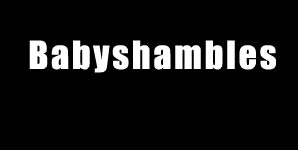 The punk spirit is scuttling through Janie Jones and the sing-a-long value alone takes it into another realm of subsistence like the re-scuffled version of The Buzzcocks Ever Fallen In Love that last year brought similar names together. This tunes' short air time makes for a certain Radio 1 playlist gem and thanks to it's speedy run through you never quite get enough, looping the track ceaselessly for hours at a time. Generally, a brilliant track with a great host of voices that's earnings are going to something worth while, and with its enjoyable licks and kicks is sure to be a mass sensation.