"Money, money, money/ That's all I want", B.o.B. asserts in the chorus of the opening track on his third album, 'Underground Luxury'. His declaration on 'All I Want' makes his intentions clear straight away and immediately lets you, the listener, know what the next 15 tracks will entail: shallow, vapid, voracious and self-indulgent excuses for hip-hop, each one as depressingly insipid as the last.

Sure we live in an age where money over errythin' is the main focus in rap today, but when this dead beat premise is presented in such an uninspired way with a lacklustre delivery, then the foibles of modern rap couldn't be any clearer than they are on 'Underground Luxury'.

Bobby Ray's ambitions for the album would have no doubt been to develop himself as a rapper, taking on new challenges and subjects and, at times, he hints at his potential for something a little more challenging than "money, money, money". Despite his best intentions though, he consistently falls short of the mark. On tracks like 'Paper Route', he considers the flaws of discussing politics in music with his final product being as politically enlightening as the web pages of TMZ. On 'Nobody Told Me' and 'Coastline', B.o.B. offers a candid deconstruction of the strains of fame and the hedonism it usually brings with it, but how can you take this seriously when he's demanding bitches on his d*** in the strip club for the rest of the album? Ultimately, these few glimmers of hope do little to recoup any praise for the album.

One of the key things letting Bobby Ray down throughout the album is his limited lexicology, highlighted by his questionable lyrical choices and his usually sub-par flow. His lack of creativity can be found throughout the record, with his rhyming "motherf****r" with "motherf****r" on 'FlyMuthaF**ka', his boasting "I do it daily, I do it daily/That's my swag, you should pay me" on 'Ready', his middle school-penned lyricism on 'Cranberry Moonwalk' when he reminisces on "banging that b***h in her baby maker" and his collaboration with Future who steps in to mumble over the hook and bring little else to the table.

Music is all about having fun and B.o.B. has every right to have as much fun as he wants on record, as he has done on past releases, but on 'Underground Luxury', he's really trying to assert himself as a serious rapper. His shortcomings on the mic could be ignored somewhat if he were taking a relaxed attitude to the record, delivering some of the more questionable lines as satire, but this is apparently the best B.o.B. has to offer as a wordsmith and his best offer just isn't that good. When placed alongside 2 Chainz on 'HeadBand', his own inadequacy as a rapper couldn't be clearer, as one of modern rap's more questionably successful MCs breezes through his verse with all his marked humour and light-hearted approach to the mic, whilst the main artist on display comes up short time after time. Bobby brings almost nothing to the table in this respect and, as limited as 2 Chainz, Future, Chris Brown or any of the featuring artists on the album are, none quite compare to B.o.B.

It's hard to think that this is the best that Bobby Ray can do. The guy has a great ear for a good beat, as past hits have shown, and he has a comfortable flow, one that would work even better if he rhymed about anything worth listening to. His mainstream popularity waning, Bobby himself should have known that 'Underground Luxury' was the album to decide upon his future with; stick with the radio-friendly, poppy numbers or retreat back into his underground roots. Instead, he came up with something haphazard and in the middle of the road, something that will do him little to win him favours with either crowd he was vying for in the first place. 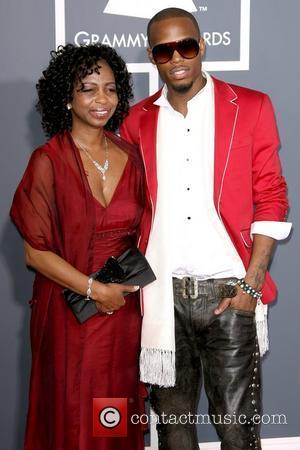