B.o.B (born Bobby Ray Simmons, Jr. on 15th November 1988. Aldo known as Bobby Ray)
B.o.B is an American singer-songwriter and rapper, as well as a producer and instrumentalist.

Music Career: B.o.B grew up in Atlanta, Georgia, where, as a high school student, he formed a band with his cousin Swag, making beats on Fruity Loops and calling themselves The Klinic.

He first attracted attention in 2007 with the release of 'Haterz Everywhere', featuring Wes Fif, as well as his heavy smokers' anthem, 'Cloud 9'. A remix of 'Haterz Everywhere', featuring Young Dre, was used in the computer game Fight Night Round 4. B.o.B signed a deal with Atlantic Records whilst he was still a teenager. He was determined, even at such a young age, to develop himself as a musician and an artist and not just to be known as a rapper. The 'Eastside' EP was released in 2007.

'I'll Be in the Sky' was B.o.B.'s first single proper and was released toward the end of 2008. That same year, he also made an appearance on T.I.'s album, Paper Trail. 2008 also saw the release of B.o.B.'s '12th Dimension' EP, which features the tracks 'Grip Ur Body', 'Cyber Heaven', 'Created a Monster' and 'Mellow Fellow'.

The debut album from B.o.B was entitled B.o.B Presents: the Adventures of Bobby Ray. The intended release date of May 25 2010 was bumped forward, owing to the success of the song 'Nothin' On You', which was covered by Jay Park. The album was released on Grand Hustle, T.I.'s record label. B.o.B Presents. features performances and contributions from the likes of Rivers Cuomo of the band Weezer, Hayley Williams of Paramore, Eminem, Janelle, Playboy Tre and Lupe Fiasco.

By Holly Williams in Bizarre / Weird Wonderful on 27 January 2016

Sometimes people will say something that's completely against popular opinion and, even though you know it's not true, you start to believe it anyway. B.o.B is not one of those people. He's not fooling anybody with his 'the Earth is flat' rant, especially not Neil deGrasse Tyson. 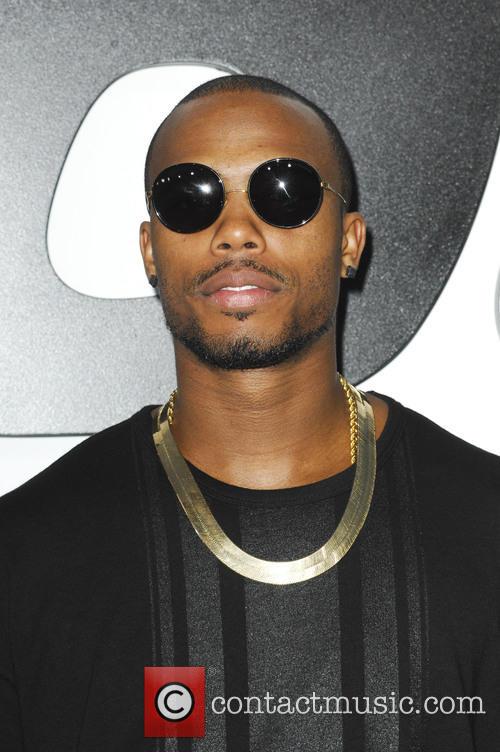 B.o.B believes the Earth is flat

It's actually a pretty ridiculous situation. B.o.B has been Tweeting his theories about space, science and politics related conpiracies for weeks and he's recently graduated to the 'Earth is flat' stage of Stupid Academy. Between the insistences that he's not crazy or 'doing anything stronger than weed', he's alleged that the government knows the Earth is flat and that's why they apparently won't let explorers too far into Antarctica. 'What's there to hide?' He asks. Well B.o.B, probably all the frozen corpses of those who have fallen victim to those types of weather conditions. RIP Henry Worsley.

By Stephanie Chase in Bizarre / Weird Wonderful on 26 January 2016

The rapper is convinced the earth is really flat and he has the proof, but scientist Neil deGrasse Tyson disagrees.

Rapper BoB wants us all to know that the earth is really flat and has taken to twitter to spread his message. In over a dozen tweets, the rapper laid out his evidence that we’ve been lied to by scientists, who made us believe the earth is round. But not everyone is convinced.

“A lot of people are turned off by the phrase ‘flat earth’ ... but there’s no way u can see all the evidence and not know... grow up,” the rapper tweeted. BoB believes the earth is in fact flat because ‘no matter how high in elevation you are... the horizon is always eye level.’

"Money, money, money/ That's all I want", B.o.B. asserts in the chorus of the opening track on his third album, 'Underground Luxury'. His declaration on 'All I Want' makes his intentions clear straight away and immediately lets you, the listener, know what the next 15 tracks will entail: shallow, vapid, voracious and self-indulgent excuses for hip-hop, each one as depressingly insipid as the last.

Sure we live in an age where money over errythin' is the main focus in rap today, but when this dead beat premise is presented in such an uninspired way with a lacklustre delivery, then the foibles of modern rap couldn't be any clearer than they are on 'Underground Luxury'.

Bobby Ray's ambitions for the album would have no doubt been to develop himself as a rapper, taking on new challenges and subjects and, at times, he hints at his potential for something a little more challenging than "money, money, money". Despite his best intentions though, he consistently falls short of the mark. On tracks like 'Paper Route', he considers the flaws of discussing politics in music with his final product being as politically enlightening as the web pages of TMZ. On 'Nobody Told Me' and 'Coastline', B.o.B. offers a candid deconstruction of the strains of fame and the hedonism it usually brings with it, but how can you take this seriously when he's demanding bitches on his d*** in the strip club for the rest of the album? Ultimately, these few glimmers of hope do little to recoup any praise for the album.

Big Boi And B.O.B To Appear In Army Of Two: The Devil's Cartel In Song And Character

By Lorna Greville  in Lifestyle / Showbiz on 07 December 2012

The Outkast rapper Big Boi has both worked with the creme-de-la-creme of hip hop and pop, but now he is spreading his wings in the medium of... video games.

Big Boi has already appeared as a playable character in one game, Def Jam: Icon. This was, as I'm sure you can tell by the name, a hip hop inspired game, so it wasn't exactly far removed from Big Boi's comfort zone. This time around though, he and pal B.o.B. have collaborated both in and outside the game, reports E!

The pair have recorded the official theme song for the game 'Double Or Nothing' (in-keeping with that 'two' theme of the game title.) But they will also be appearing in the game, as characters that will help out the players: "operatives Charles 'Chuy' (pronounced "Chewy") Rendall and Anthony 'Baker' Barnes." The task for players being to "[take] down one of Mexico's most dangerous drug cartels."

Continue reading: Big Boi And B.O.B To Appear In Army Of Two: The Devil's Cartel In Song And Character

Army Of Two: B.o.B. And OutKast's Big Boi Lined Up For Shoot 'Em Up

Outkast’s Big Boi is adding another string to his bow, by featuring in a videogame, along with his friend and collaborator B.o.B. The two of them will reportedly feature in the Electronic Arts shoot-em-up entitled Army of Two: The Devil’s Cartel. It’s the third release in the successful Army of Two franchise.

According to Los Angeles Times, Big Boi will star as Charles “Chuy” Rendall and B.o.B. will be Anthony “Baker” Barnes, both agents, who appear in the game to help players in their quest. Sadly, players won’t be able to control Big Boi and B.o.B’s characters in the main issue of the game but apparently, anyone who pre-orders the game will receive an additional mission in their package, which will allow them to do so. BigBoi and B.oB. have also written the theme tune for the game, entitled ‘Double or Nothing.’

In addition to his foray into the world of video games, Big Boi will also be releasing a new album on December 11. Entitled Vicious Lies and Dangerous Rumours, it will be released via Island Def Jam. The single ‘Mama Told Me,’ featuring Kelly Rowland, was described by The Los Angeles Times as “As catchy as a classic Outkast collaboration.” The reviewer added “Mama Told Me' features a Kelly Rowland hook that weaves through a wobbly, melodic rhythm. Big Boi illustrates why he's one of the most mellifluous rappers in hip-hop by offering floating verses that move through the measures like sing-along bouncing balls."

Andre 3000 Definitely Has No Debut Solo Project In The Making

By Holly Williams in Lifestyle / Showbiz on 15 November 2012

Andre 3000 has no plans to release a solo album despite former Outkast buddy Big Boi working on his own new project.

The former duo member admits he has toyed with several music ideas but isn't dead set on releasing a solo debut any time soon. 'Things are kind of up in the air with me, and some days, I feel like yeah, I'll do it. Some days, I feel like, I don't', he told RollingStone.com. 'I record and I write ideas. I think I'll always do that... But I don't know if it will go to another artist or will it be my stuff or will it go to some movie? I don't know.' Three Stacks seems to have been happy to take a backseat in the music world in recent years, occasionally making guest appearances on other artists' tracks such as 'Party' by Beyonce, B.o.B's 'Play the Guitar' and, more recently, T.I.'s 'Sorry'. 'My whole motivation is, I don't want to mess these people's songs up, more than anything than let me do something great', he said on the subject.

His OutKast partner Big Boi, however, is now promoting his new solo album 'Vicious Lies and Dangerous Rumors' but admits that Andre hasn't made a guest appearance on that project despite rumours, joking that he's too busy shooting commercials for Gillette hair trimmers. 3K wasn't even aware that there were rumors of a reunion. 'I don't read the Internet. I've never had a Twitter, I've never had a Facebook', he insisted. 'None of that kind of stuff, because it makes me mad to read it sometimes. I just don't. I don't hear all the rumors.'