On Friday the ‘212’ rapper publicly apologised to Zayn for the racist tweets she had directed towards him in May.

Azealia Banks has said she’d love to collaborate with Zayn Malik, after issuing a public apology to him on Friday.

Banks was banned from twitter in May after unleashing a racist and homophobic tirade against the former On Direction star.

But on Friday she issues a lengthily apology to Malik and “all those I hurt and offended.” 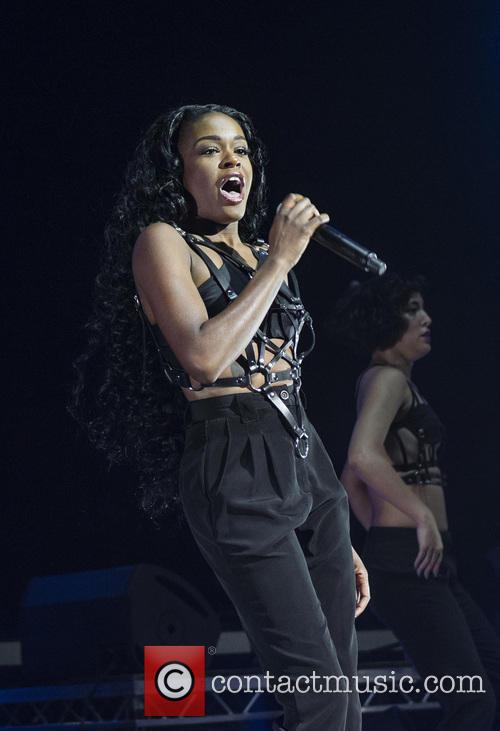 Azealia Banks would now like to collaborate with Zayn Malik

Speaking to the Daily Mail, Banks said Malik had not responded to her apology yet and added that he “he doesn't need to.”

The rapper then said she’d now love to work with the ex boyband member. “I definitely would love to collaborate with Zayn,” she said.

“From here, I watched the Naughty Boy thing and I have always seen where he's going.

“He's definitely helped him get that sound, that sound that's different but still cool, very relevant but it's different and it's new and special – which is something I think I do very well.”

When asked why she chose to apologise now, Banks said: “It's just with all this stuff that's happening with me.

“I can't be involved in this type of [controversy]. It’s definitely overshadowed my music and definitely pushed unnecessary drama onto my life.

“I may have just got carried away and whatever the excuse is, it was uncalled for and I just needed to apologise so I could begin forgiving myself for it.”

In her apology Banks said she was finally taking ‘accountability’ for her actions. "There are no words that can fully express how sorry I am,” she wrote.

“Recent events have taught me the importance of taking accountability for one's actions. I want and need to say I am sorry, I was wrong.”

Banks also praised Malik for how he had handled the situation. "Throughout my transgressions you remained a gentleman and I applaud you for displaying class and maintaining a level head," she wrote.

“The world could learn a lot from you and I hope you can find room in your heart to accept my sincerest apologies."