The troubled rapper was said to have assaulted a security guard at a nightclub in Los Angeles last month.

Rapper Azealia Banks is reportedly the subject of a criminal battery probe by police after she allegedly assaulted a security guard at a Los Angeles nightclub last month. Banks and her entourage are said to have attacked the guard after he stopped her from pulling a fire alarm when she was being ejected from club, Break Room 86 in October. 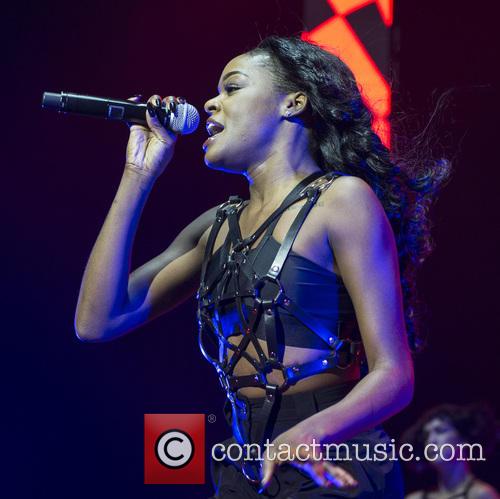 Azealia Banks is allegedly the subject of a police investigation.

TMZ reports that the Los Angeles Police Department have launched a criminal battery probe into the incident, which was said to have been caught on video by surveillance cameras. In the grainy footage a man is shown pulling away a woman (believed to be Banks), before a group then surrounds him. A second security guard is then shown breaking up the fight.

More: Azealia Banks Is Back On Twitter After Homophobic Slur Video

The latest incident comes just under two months after Banks was caught using a homophobic slur towards a flight attending while trying to exit a Delta Airlines flight. After the video surfaced Banks faced intense backlash from the LGBT community on twitter, but continued to defend her actions.

Just days ago Banks also announced she had pulled the plug on her latest tour for a second time in a matter of months. Announcing the cancellation on twitter, Banks wrote: ‘Hi guys, I'm very busy at work. Your coins will be refunded and I will be back in January. NYC, I'll see u on the 19th. XO - AB.'