Azealia Banks 'to make her film debut in Coco'

Controversial rap star Azealia Banks is to make her film debut in the RZA-directed drama 'Coco'. 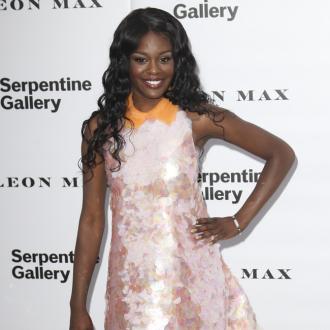 Azealia Banks is to make her film debut in the drama 'Coco'.

The 23-year-old rap star - who's perhaps best known for a series of feuds with a number of other celebrities, including Iggy Azalea and Pharrell Williams - will feature alongside Common and Jill Scott in the new movie directed by RZA, of the iconic hip-hop group Wu-Tang Clan.

In the movie, Azealia will play an aspiring rapper who stalls her hip-hop career in order to finish college to satisfy her parents, Deadline reports.

While she is studying, however, Azealia's on-screen character develops her spoken word skills, thereby boosting her future career prospects.

Lucien Laviscount, Lorraine Toussaint and Hana Mae Lee will all feature alongside the controversial rap star in her acting debut, with shooting expected to begin shortly.

Azealia's casting comes shortly after it was confirmed she will perform at the 2015 Glastonbury Festival.

She will join the likes of Foo Fighters and Kanye West at the iconic event staged near Pilton, Somerset, England from June 24 to June 28, 2015.

Azealia's festival performance is set to follow hot on the heels of shooting her first feature-length movie.