Azealia Banks has told the LGBT community to ''toughen up'' and insisted she doesn't want to be associated with a group that are ''weak or easily moved. 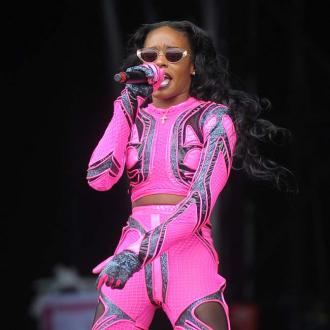 Azealia Banks has told the LGBT community to ''toughen up''.

The 24-year-old bisexual rapper - who was videoed last week branding a flight attendant a ''f***ing f****t'' - insisted she doesn't want to be associated with people who are so ''weak or easily moved''.

In a Twitter rant which has now been deleted, she wrote ''You guys gave me so much power this weekend!!!

''All I had to do was say one word and I moved a whole community. What weaklings!!! And this blood moon is a BONUS on top of it all!!!! If I am to be a part of an LGBT community I want to be in it with people who aren't so weak or so easily moved ya know/

''If one word can put your entire community in distress you're DOOMED. LOL. Words are not tangible things. You all CHOSE to get upset. ''Remember... Offense is only TAKEN, it is never given. Carry on (sic)''

Following the airplane row last week, the '212' hitmaker defended herself on Twitter, insisting she isn't homophobic and alleging she would have been treated differently if she was white.

She wrote: ''I am bisexual. my brother is trans. My employees are all gay men. . Nothing else to say.

''Cause yall KNOW, that they would've politely handed a white woman her bags and a spritzer. #whatever (sic)''