The rapper is apparently 'shaken' and giving her version of events to Beverly Hills cops.

Azealia Banks has filed a police report against Russell Crowe after their spat in Los Angeles over the weekend, which saw the 'Noah' star throw the 'Big Big Beat' singer out of his hotel room in Beverly Hills as tempers flared. She was the plus one of RZA, who was invited to Russell's party after he cast the latter in 'The Man with the Iron Fists' 4 years ago. 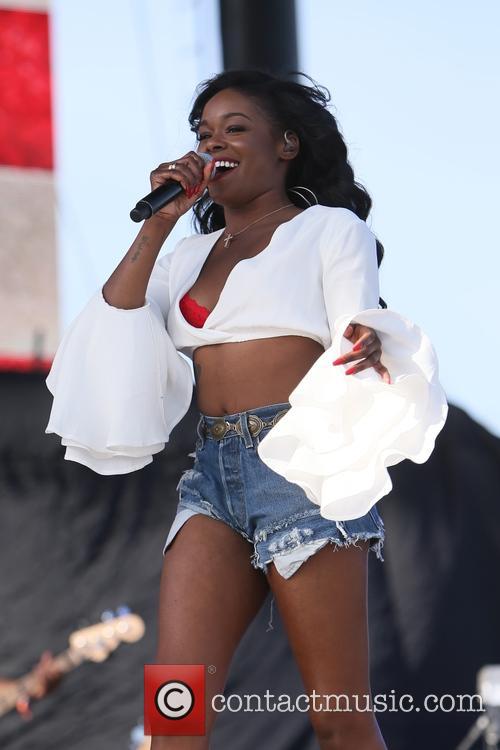 The discord between Azealia and Russell has extended beyond social media, because now the rapper has gone to the Beverly Hills Police Department with her allegations when she didn't receive an apology from the actor. While her behaviour at Russell's hotel suite party on Sunday (October 16th 2016) was described as 'erratic' by a great many of the guests, in Azealia's version of events her ejection was rather more unceremonious.

It seems the events TMZ described are accurate, since Russell re-Tweeted the story yesterday (October 17th 2016). They said that Russell Crowe 'grabbed her in a bear hug and carried her out' before calling security after she took issue with being called out for calling guests 'boring white men' over the choice of music. She then allegedly went on to make a particularly nasty threat. 'You would love it if I broke my glass, stabbed you guys in the throat, and blood would squirt everywhere like some real Tarantino s***', she said, repeatedly saying the N-word and actually raising her glass threateningly.

However, Azealia's claims are rather different. The 25-year-old took to Facebook in a since deleted post to claim that Russell 'called me a n*****, choked me, threw me out and spat at me'. Now she's gone to the authorities with what she said happened, according to a statement from her rep obtained by E! News. Apparently, she is 'still shaken and not yet ready to speak out', 'disgusted by fictitious reports that have surfaced' and 'disappointed by the misconduct of individuals who she once admired'.