Azealia Banks: Idris Elba is too masculine for Bond 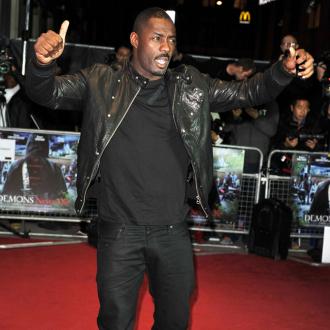 Azealia Banks thinks Idris Elba is ''too much man'' to play James Bond.

The controversial US rapper has become the latest big name to discusses Idris' suitability for the role, arguing he's far too masculine and sexy to play the part.

She wrote on Twitter: ''Idris is too much man to play bond anyway. If idris is the next bond then all the bonds after that have to be sexy and ULTRA MASCULINE. (sic)''

What's more, Azealia said Idris - who's been linked to the role for years - would be a virtually impossible act to follow were he chosen to replace Daniel Craig.

The 24-year-old star said: ''Black men are super duper masculine and following up Idris with some other whatever looking white man for bond is gonna be hard.

''So they don't want him in cause it's gonna kill all competition. A white actor simply cannot be bond after idris has. No one will care. He would just be too good and they wouldn't EVER find anyone better.

''Once bond goes black, he can't go back. But if they were really clever they'd cast idris then find an Asian actor to play bond next. Indian or Japanese Bond.

''If idris doesn't get the part it will be 100% be due to white male insecurity in hollywood. He's perfect for it. Low key wanna be a casting director. (sic)''