Wow, one wonders how many fans she's lost today?

Azealia Banks has been slamming rappers from the UK in a series of bizarre Tweets seemingly to direct attention towards her latest single. Unfortunately, her big mouth has caused Rinse FM's Born and Bred Festival to axe her headline slot at the London event in June. 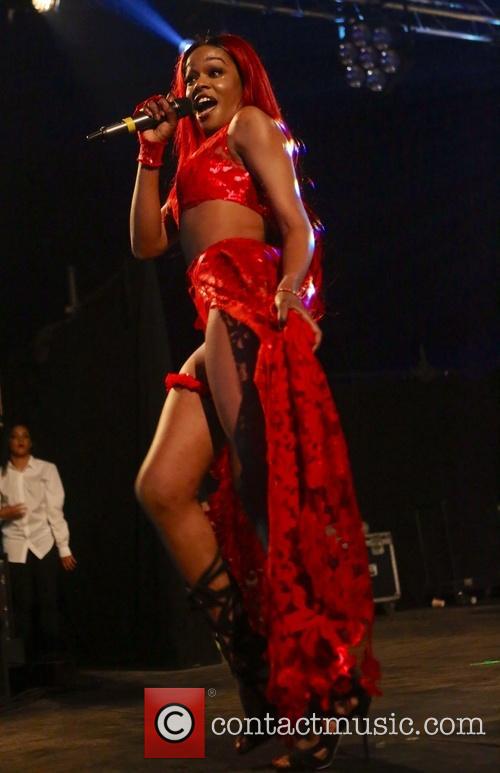 It started out with a foul racially-charged rant aimed towards a perplexed Zayn Malik when she compared video screenshots of his 'Like I Would' video to her 'Yung Rapunxel' one. Since then, she's extended her hate towards all UK rap artists, blasting their work despite the fact that it was the UK which saw her 'break out' (if you can call it that) as an artist.

Without re-capping what she called Zayn Malik (because no-one needs to see that again), she went on to tell her furious fans, 'The UK really can't rap though. UK RAP is just a disgrace to rap culture in general', subsequently managing to isolate half her fans in less than 20 words.

More: Read what she had to say about Zayn Malik

More posts from the popstar included: 'Rap/Hip-Hop culture is AMERICAN in its PUREST form' and 'UK rappers NEVER have swag. It's ALWAYS FORCED', and after that she appeared to start threatening the UK with gun violence. When one follower suggested she shouldn't come to the UK for her upcoming show, she responded: 'Girl, I have armed security! I'm an American girl! I exercise my 2nd amendment rights EVERYWHERE I go!!'

Naturally, this upset people further, and even Lily Allen weighed in the issue - someone who has had issues with Banks' comments in the past. 'Why do the Police shut down @Giggs or @nines1ace raves but @AZEALIABANKS is cool to just come here threatening to bring arms? don't get it', she wrote.

It wasn't long before Born and Bred Festival released a statement confirming that the rapper would be swiftly removed from their schedule. 'We celebrate inclusivity and equality', they added. Banks did at least try to redeem herself in the eyes of her UK fans (lol) by apologizing for those who bought tickets to see her.

That's the least she needs to be apologizing for.