Azealia Banks Bares All For Playboy And Blasts America: "I Hate Everything About This Country"

Never one to stay quiet, the rapper opened up to the magazine about race in America and accused Kanye West of playing the game of ‘Please accept me, white world.’

Rapper Azealia Banks features on the cover of this month’s Playboy magazine, which sees the ‘212’ singer dressed in a leopard print leotard and posing with a cat on her head. But inside the mag, Banks unleashes in her usual no holds barred fashion, taking aim at America and declaring "I hate everything about this country.” 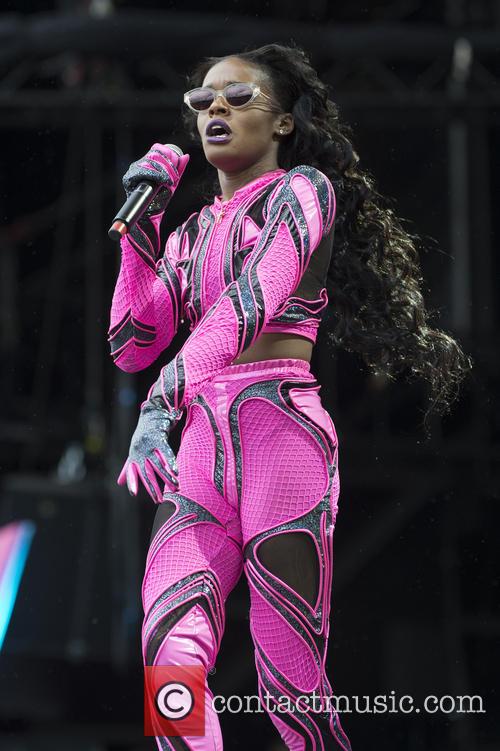 “I hate fat white Americans. All the people who are crunched into the middle of America, the real fat and meat of America, are these racist conservative white people who live on their farms,” Banks continues. “Those little teenage girls who work at Kmart and have a racist grandma—that’s really America.”

The rapper also states that she plans to eventually leave the country and adds that in her eyes, the “generational effects of Jim Crow and poverty linger on.”

Bringing up the issue of reparations Banks went on to say, “My little white fans will be like, 'Why do you want reparations for work you didn't do? Well, you got handed down your grandfather's estate and you got to keep your grandmother's diamonds and pearls and shit.”

The Broke With Expensive Taste rapper also singled out Jay-Z as the person whose career she’d like to emulate, while accusing Pharrell, Kendrick Lamar and Kanye West of playing a game of the ‘nonthreatening black person’. “That’s why you have Pharrell or Kendrick Lamar saying, “How can we expect people to respect us if we don’t respect ourselves?” said Banks.

He’s playing that nonthreatening black man shit, and that gets all the white soccer moms going, “We love him,” Even Kanye West plays a little bit of that game—“Please accept me, white world.” Jay Z hasn’t played any of those games, and that’s what I like,” the 22 year old added.

Elsewhere Banks also opens up about her bisexuality revealing that she finds most women are too scared to hit on her and when it comes to men she hasn't been having much sex recently.

As for the decision to pose for Playboy, Banks had no doubts, “I love getting naked,” she told the magazine. “It’s so funny, every time my manager arranges a photo shoot, I’m like, “Let’s do a nude photo!”

“Posing for Playboy was a no-brainer,” Banks added. “I was like, “Yes! They want to see me naked.” Azealia Banks' issue of Playboy is on newsstands now.