Provocative Hip-hop Star Azealia Banks Has Had A Boob Job. 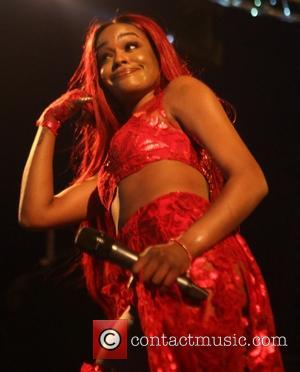 The 212 hitmaker debuted her busty new look on Twitter.com on Friday (25Sep15).

In a video of her chest she posted on the social media site, Banks cooed, "Guess who got new tiddies (sic), y'all!"

The news comes days after the rapper was questioned by airport police after clashing with a fellow passenger and airline staff as she attempted to make a quick exit from the Delta flight upon landing in Los Angeles.

Sources tell TMZ.com the star flew into a rage after a French man put out his hand in a bid to stop her allegedly barging past him. She spat in his face and allegedly punched him. She then allegedly used a homophobic slur in a spat with a male flight attendant who was trying to calm her down.

Cops confronted Banks at baggage claim and spoke to other witnesses, but the French tourist she spat at declined to pursue charges and the case was subsequently dropped.