Banks was reportedly refused entry to a private event in the Up&Down club, and an argument escalated into a fight.

Rap star Azealia Banks has been arrested after reportedly getting into a vicious brawl with a nightclub bouncer during a night out in New York.

The incident occurred in the small hours of Wednesday morning (December 15th), according to Page Six, when the 24 year old ‘212’ rapper was turned out of the Up&Down nightclub in the meatpacking district of New York, having been refused entry to a private event in the club. She was then said to have started a fight with a female security officer, allegedly biting her breast. 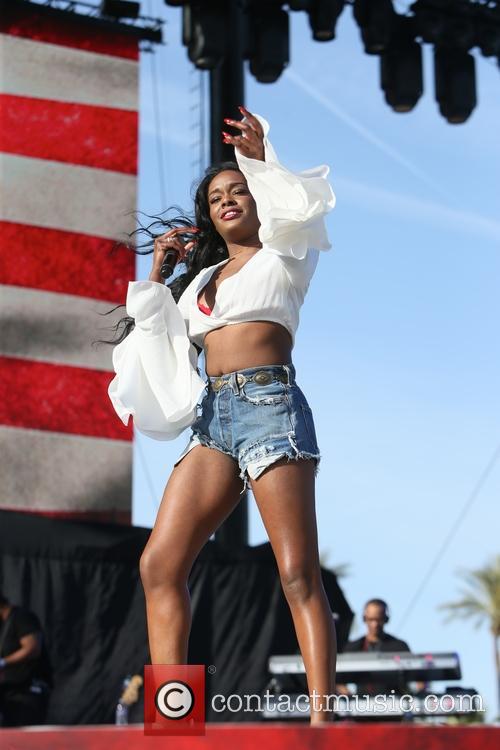 Police records obtained by People magazine show that Banks was arrested for second degree harassment, disorderly conduct and violent behaviour, and assault with the intent to cause physical injury.

In an arraignment hearing the following day, the troubled rapper was charged on those three counts, with additional count of attempted assault with the intent to cause physical injury.

According to the original report, Banks became angry after having been refused entry, and started “screaming at the top of her lungs, cursing” and using racial slurs against the bouncers at the venue.

Reportedly, the situation was temporarily resolved when the nightclub’s owner recognised the rapper and let her in anyway, but once inside Banks is said to have continued her argument with the bouncers, saying that she was "on Rihanna’s album".

Sadly, it’s not the first run-in with the law that Banks has had in 2015. In November, she was investigated by the LAPD after a similar incident in Los Angeles at the venue Break Room 86 in late October. She was investigated for criminal battery and assault against a security officer, having been asked to leave because of “unruly behaviour”.

More: Azealia Banks is back on Twitter after homophobic slur video