Aya Cash and Josh Alexander - A host of stars were photographed as they arrived for the 2015 FX Bowling Party which was held at Lucky Strike Bowling in New York, United States - Wednesday 22nd April 2015 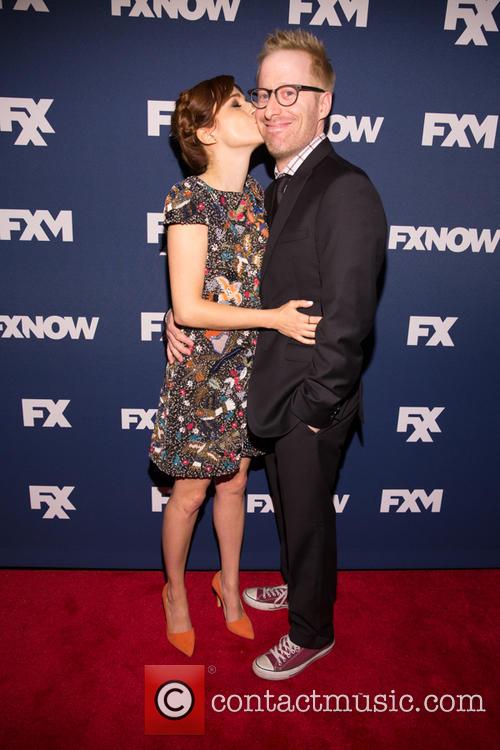 Keira Knightley talks about working on her new movie 'Begin Again', in which she stars as a dejected singer-songwriter in New York alongside Hailee Steinfeld, Mark Ruffalo and Adam Levine. Although not a natural singer, Keira had to pull off a few tunes of her own in the movie.

Dan Mulligan is a former record executive who has just been spectacularly dismissed by the label he was employed by. Now penniless with nowhere to go and no-one to talk to apart from his hormonal teenage daughter Violet, he is desperate to find some musicians and get his career back on track. Meanwhile, a young singer-songwriter named Gretta has just been dumped by her co-musician boyfriend Dave after he manages to secure a major label deal for himself. Depressed and alone, she finds herself performing solo on a stage at a small bar where Dan happens to be drinking. Captivated, he decides to take her under his wing and help her achieve the success she so craves with his own unusual methods, and both find themselves transforming as people in almost every way.

Formerly entitled 'Can A Song Save Your Life?', 'Begin Again' is a touching comedy drama with a thrilling all star cast. It has been written and directed by John Carney ('Once', 'On the Edge', 'Zonad', 'The Rafters'), and is the story of how music can change many people for the better - and, sometimes, for the worst. The film is due for UK release this summer on July 11th 2014.