Axl Rose has declined his induction into The Rock and Roll Hall of Fame as part of Guns N'Roses and will not attend the event on Saturday. 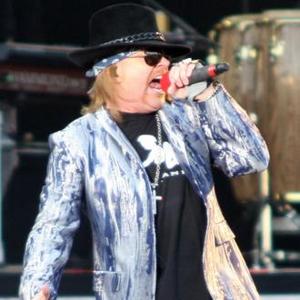 Axl Rose has declined his induction into The Rock and Roll Hall of Fame with Guns N'Roses.

The 50-year-old co-founder of the group - who has been locked in a feud with former band mate Slash for the last 15 years - will not attend the ceremony in Cleveland, Ohio, on Saturday (14.04.12) and does not want his name to be inducted in his absence.

In an open letter obtained by US Weekly, Axl says he initially felt ''honoured'' and ''excited'' by the invitation, and hoped some good would come out of it.

However, after being, ''polite, courteous and open to an amicable solution in our efforts to work something out,'' Axl has decided to boycott the event.

He explained: ''Since the announcement of the nomination we've actively sought out a solution to what, with all things considered, appears to be a no win, at least for me, 'damned if I do, damned if I don't', scenario all the way around.''

Confirming his intent to stay away, he said: ''I respectfully decline my induction as a member of GUNS N' ROSES to the Rock And Roll Hall Of Fame.

''I strongly request that I not be inducted in absentia and please know that no one is authorised nor may anyone be permitted to accept any induction for me or speak on my behalf.

''Neither former members, label representatives nor the Rock And Roll Hall of Fame should imply whether directly, indirectly or by omission that I am included in any purported induction of Guns N' Roses.''

Axl continues with Guns N' Roses, but is the only original member.