Pop Star Avril Lavigne Has Made Her Return To The Stage For The First Time Since Revealing Her Ongoing Battle With Lyme Disease. 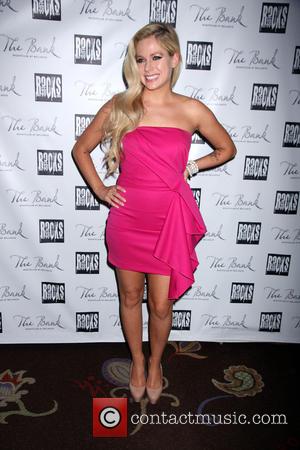 The Complicated hitmaker performed at the Opening Ceremony of the 2015 Special Olympics World Games at the Los Angeles Coliseum on Saturday (25Jul15), marking her first performance in a year.

The Canadian singer, who is married to Nickelback frontman Chad Kroeger, told of her delight at returning to the stage ahead of the gig by posting on Instagram.com, "I just sang FLY on stage the FIRST time ALL THE WAY THROUGH live tonight in rehearsal. Making what feels like the impossible possible... Fighting through Lyme Disease. ‘Just Reach Up Don't Give Up' so happy to be working with the Special Olympics LA 2015. Grateful."

Lavigne described her difficult and long recovery from the disease on Good Morning America last month (Jun15), and said that since her diagnosis in December last year (14) she had a "second shot at life", adding, "I'm doing a lot better."