Since beating Lyme disease, Avril Lavigne wants to take the positives from everything in her life and her battle with the illness has even inspired her to write a Christmas album. 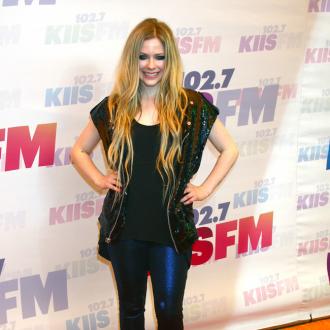 The 30-year-old singer contracted the illness - which is caused by tick bites and causes pain in the sufferer's skin and joints and problems with the heart and nervous system - last October and was left bedridden for five months.

Avril is now ''80 percent'' back to full health and insists the traumatic illness has given her a new focus in life.

Speaking to Billboard magazine, she said: ''Moving forward, I'm really clear on what I want in life ... I've always wanted to make a Christmas album, but I've never had the time. But now it's like, 'You know what, just do it!' Because that's something I really want to do, so that's going to be next for me ... I really want to enjoy everything, because life is good. I think there are a lot of positives with it. I'm definitely choosing to view it that way.''

Although there were times when she was so ill she feared she wouldn't pull through, Avril believes contracting the illness has ultimately been a positive experience because she got to realise what's important in her life - mainly her family and her husband, Nickelback frontman Chad Kroeger.

She explained: ''I haven't stopped working since I was 15.

''This time spent with my family, has been really good for me just to take a step back and look at my life, and really gets to see who in my life is really there for me when I need them. I've had a lot of time to just think, and I've never been so clear before, or as close to my family. So there's been a lot of good that has come out of it.''

Avril - whose mother moved into her home in Ontario, Canada, to care for her - has even written a song about her battle with Lyme disease.