Avril Lavigne has ''gained a lot of perspective'' since being diagnosed with Lyme disease and refuses to let it hold her back. 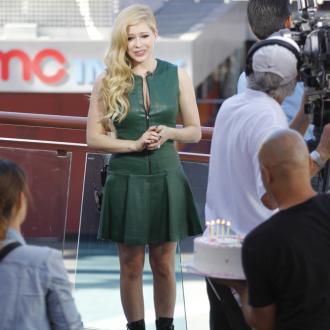 Avril Lavigne has ''gained a lot of perspective'' since being diagnosed with Lyme disease.

The 'Complicated' hitmaker, who is married to Nickelback frontman Chad Kroeger, refuses to let the illness - which is caused by tick bites and causes pain in the sufferer's skin and joints and problems with the heart and nervous system - hold her back.

She said: ''I believe that I will come out of this healthier and stronger than I was before. I've gained a lot of perspective on my life. I'm choosing to look at the positives.''

The Canadian star first suspected she had the disease last summer, but was only diagnosed in October and was left bedridden for five months.

The 30-year-old star told 'Good Morning America': ''I went from doctor to doctor for about eight months until I found somebody that had the knowledge of Lyme disease and the experience of treating it. I actually knew I had it the whole time, probably since the summer, and was just up against a lot of doctors telling me, 'You're crazy.' Some of them were like, 'It doesn't exist.' ''

Avril wrote her new song, 'Fly,' which will be featured during the 2015 Special Olympics World Games, before she got ill but says it means more to her now.

She explained: ''It's just about inner strength and courage. This song took on a whole new meaning for me while I was sick, which was pretty magical.''