Avril Lavigne was left unable to talk or move after being struck down with Lyme disease in October and admits at one point she feared she was dying. 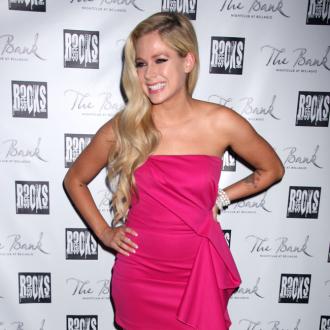 Avril Lavigne thought she was ''dying'' when she couldn't talk or move while suffering Lyme disease.

The 30-year-old singer feared her life was coming to an end after she was struck down with the infectious disease, which is caused by tick bites, in October resulting in her being bedridden for five months.

She said: ''I felt like I couldn't breathe, I couldn't talk and I couldn't move. I thought I was dying.

''I had no idea a bug bite could do this. I was bedridden for five months.''

At times the 'When You're Gone' hitmaker didn't shower for weeks because she couldn't stand up and her mother had to move into her home in Ontario, Canada, to look after her, and Avril's husband, Nickelback frontman Chad Kroeger, also used to pay her regular visits during breaks from the band's tour.

She said: ''There were definitely times I couldn't shower for a full week because I could barely stand.

Avril realised there was something seriously wrong when she just wanted to stay in bed instead of going out partying in Las Vegas last October, where she and some pals were to celebrate her 30th birthday.

She added to PEOPLE magazine: ''I could barely eat, and when we went to the pool, I had to leave and go lie in bed. My friends asked, 'What's wrong?' I didn't know.''

While the star admits she is only ''80 per cent better'' at the moment, she is determined to get on with her life and paid tribute to her fans for helping her through her recovery.

She said: ''They were asking about me since I was MIA, so I mentioned to one fan directly that I wasn't feeling good.

''The get-well messages and videos they sent touched me so deeply.''