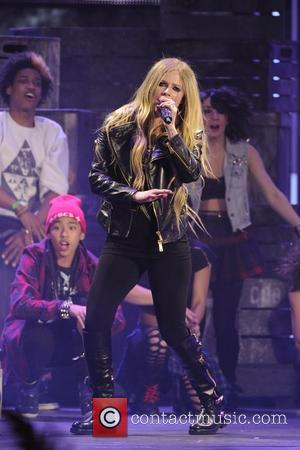 Avril Lavigne has returned to work after her honeymoon with new husband Chad Kroeger by filming a music video with actress Danica McKellar.

The singer married the Nickelback frontman in France on 1 July (13) and they subsequently enjoyed a sun-soaked vacation in Italy.

Lavigne returned to California this week (beg22Jul13) and she got back to work by filming a promo for her new single with The Wonder Years star MCKellar on Thursday (25Jul13).

The stars teamed up on the video for Rock N Roll, and MCKellar, 38, was pictured wearing a skimpy outift and bright blue fishnet stockings on the set.

The Complicated hitmaker subsequently thanked the actress for taking part, writing in a post on her Twitter.com page, "Thank you Danica MCKellar for acting in my video. You are beautiful and so sweet. We kicked butt today! Rock N Roll," and the actress replied, "Just had the best time shooting Avril Lavigne's new video. And she is so sweet and fun! Made me feel like a rock star."