Are Avril Lavigne and Chad Kroeger Going To Divorce?

Chad Kroeger and Avril Lavigne are rumoured to be divorcing.

Are Chad Kroeger and Avril Lavigne heading for a split? Us Weekly reports that the couple are on the brink of divorce after fourteen months of marriage, but it could be nothing more than a Hollywood rumour. 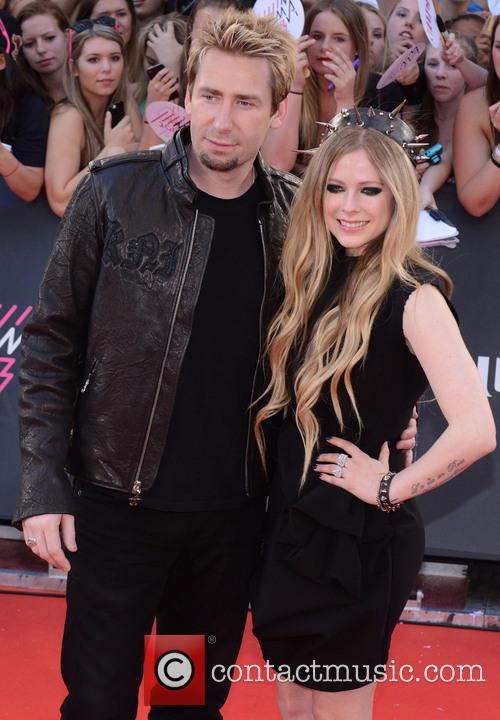 Kroeger and Lavigne together last June

The musical couple got engaged in August 2012 after only a month of dating, and wed in July 2013. Earlier this year Lavigne gushed on Twitter about the massive ring her husband presented her with in celebration of their one year anniversary, but it looks like there might be trouble in paradise. Us claimed that a source told them "It's over, he has been going around L.A. telling people that they are divorcing."

More: Nude Pictures of Jennifer Lawrence Leak, But Hacker Is On Borrowed Time

More: The Best Musical Performances, On The Subway

Kroeger, 39, and Lavigne, 29, are both Canadian citizens and rock stars by trade. Kroeger is the front man for Nickelback, who first formed in 1995, whilst Lavigne forged her career in punk-pop back in 2000. Her latest album, 'Avril Lavigne' was released in November 2013 and went to Number 5 on the U.S Billboard chart. She has a particularly large following in Japan and played the Summer Sonic Festival in Tokyo in August this year.

Lavigne has had a turbulent love life, having married Sum 41's Deryck Whibley in 2006 and divorcing him in 2010. She lated dated Brody Jenner for two years before meeting Kroeger whilst they collaborated on her fifth album.

E! News also reported on the rumours, claiming the couple had been fighting a lot. They cited a source who said "When they met, they were in work mode. They were doing a collaboration and that's where the attraction stemmed from. She was in the studio and he was producing her. She was also coming off some bad relationships where she didn't really feel appreciated as an artist. [...] The album didn't do as well as they had hoped…they're finding that they're not seeing eye to eye on a lot of things."