Avril Lavigne and estranged husband Chad Kroeger ''didn't see eye to eye on a lot of things'' before announcing their split. 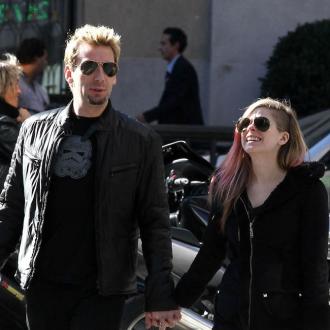 Avril Lavigne and Chad Kroeger ''didn't see eye to eye on a lot of things.''

The 'Complicated' hitmaker and the Nickelback star, 40, who announced their split on Wednesday (02.09.14) after two years of marriage, reportedly made sure they both had time to process the decision before confirming the news and are still on good terms.

A source close to the 30-year-old Canadian beauty said: ''Honestly, she's doing OK. This has been in the works for awhile.

''Chad is being supportive. At the end of the day, they just didn't see eye to eye on a lot of things.''

The duo, who reportedly splashed out $5.4 million on new home in Los Angeles in July, fell in love while working on Avril's self-titled fifth album and got married in July 2012, but ''their friends and their social circles never really mixed.''

The insider told E! News: ''They originally got together to make an album and that's where the spark between them originated. But it just slowly died out.

''They talked about having kids but it just never happened.''

The 'Let Me Go' hitmakers denied rumours their marriage was on the rocks last September and Avril later revealed she had stepped out of the spotlight as she is battling Lyme disease, which she contracted from a tick bite in 2014.

The 'Hello Kitty' singer is now focused on getting her health back on track.

The source said: ''Avril is still sick, so she's not working much--just here and there. It's been a tough year. But these days, she's living in L.A. and has a very close, supportive group of friends. She's focused on her recovery but she knows it's going to take time.''