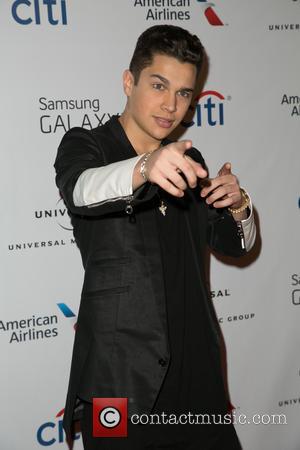 Picture: Austin Mahone - Celebrities attend Universal Music Group's Grammy After Party presented by American Airlines and Citi at The Theatre at Ace Hotel. at The...

The What About Love hitmaker was previously featured on the 17-year-old singer's track Magik 2.0 for the Smurfs 2 soundtrack, and now they are collaborating once again for a new song on Becky G's upcoming album.

Mahone revealed the news to E! News, stating, "We did a song together for her album. It came out really nice and cool. I've been friends with her for a while and we've been talking about doing a song together, so we finally made it happen."

Becky G isn't the only pop star he's hit the studio with - last year (14), Mahone revealed he was working with fellow heartthrob Justin Bieber on a new song.