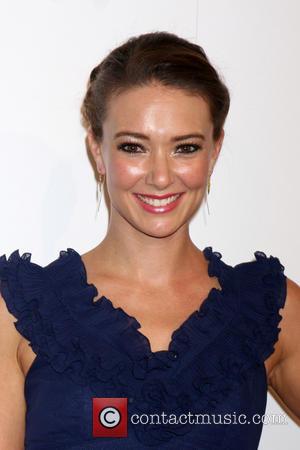 The actress' pal and co-star Cozi Zuehlsdorff and her father encouraged her to take her comedy skills to the stage during filming on Dolphin Tale 2 and so she took a class to see if she was cut out for the clubs.

She tells Wenn, "It was supposed to be a one-time thing but I keep getting booked, and now it looks like I'm going to be possibly touring this fall! It's a very weird thing.

"I talk about my dad a lot because my dad is a character and a half. I had a very interesting childhood. Here's one of my jokes: My parents are still together and they've been married for 39 years and they couldn't be more different. My mother is more quiet and she likes to read. My father enjoys making bird noises and his number one goal in life is to be black! I'm not kidding. He will just walk up to large groups of black men and be like, 'Yo wassup brothers! Oh man, white people, they are so boring'.

"I'm like, 'Dad you are white!' That's part of my bit and that's a true story! He doesn't understand that he's white; we have to constantly remind him. It's really awkward!

"I recently did a show at the Tampa Improv (in Florida). It's a very scary and a very nerve-wracking experience and I usually black out onstage to be completely honest. Then I get offstage and people tell me I actually told jokes. I've only been doing it for a few months; I've done nine shows so far."